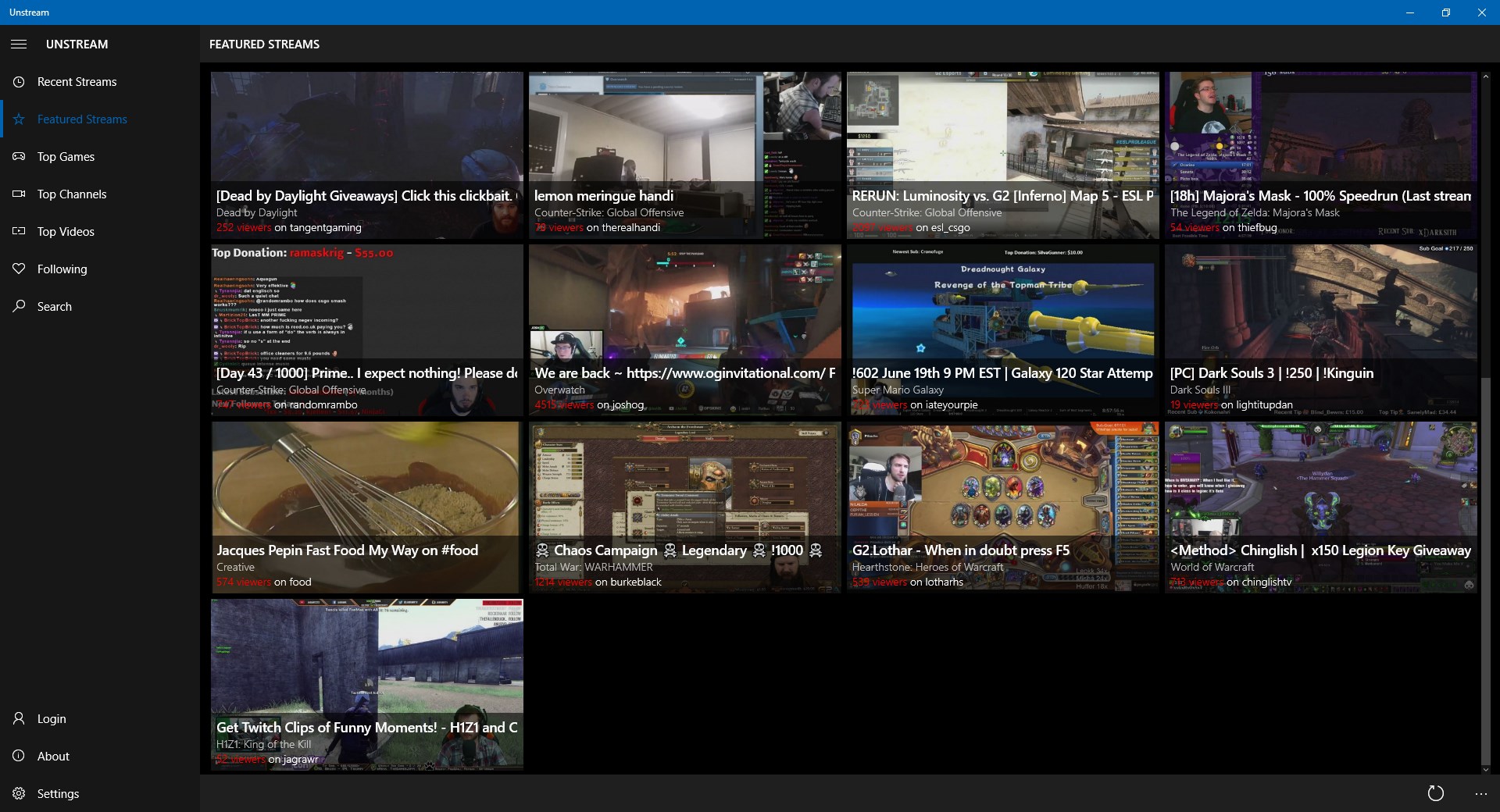 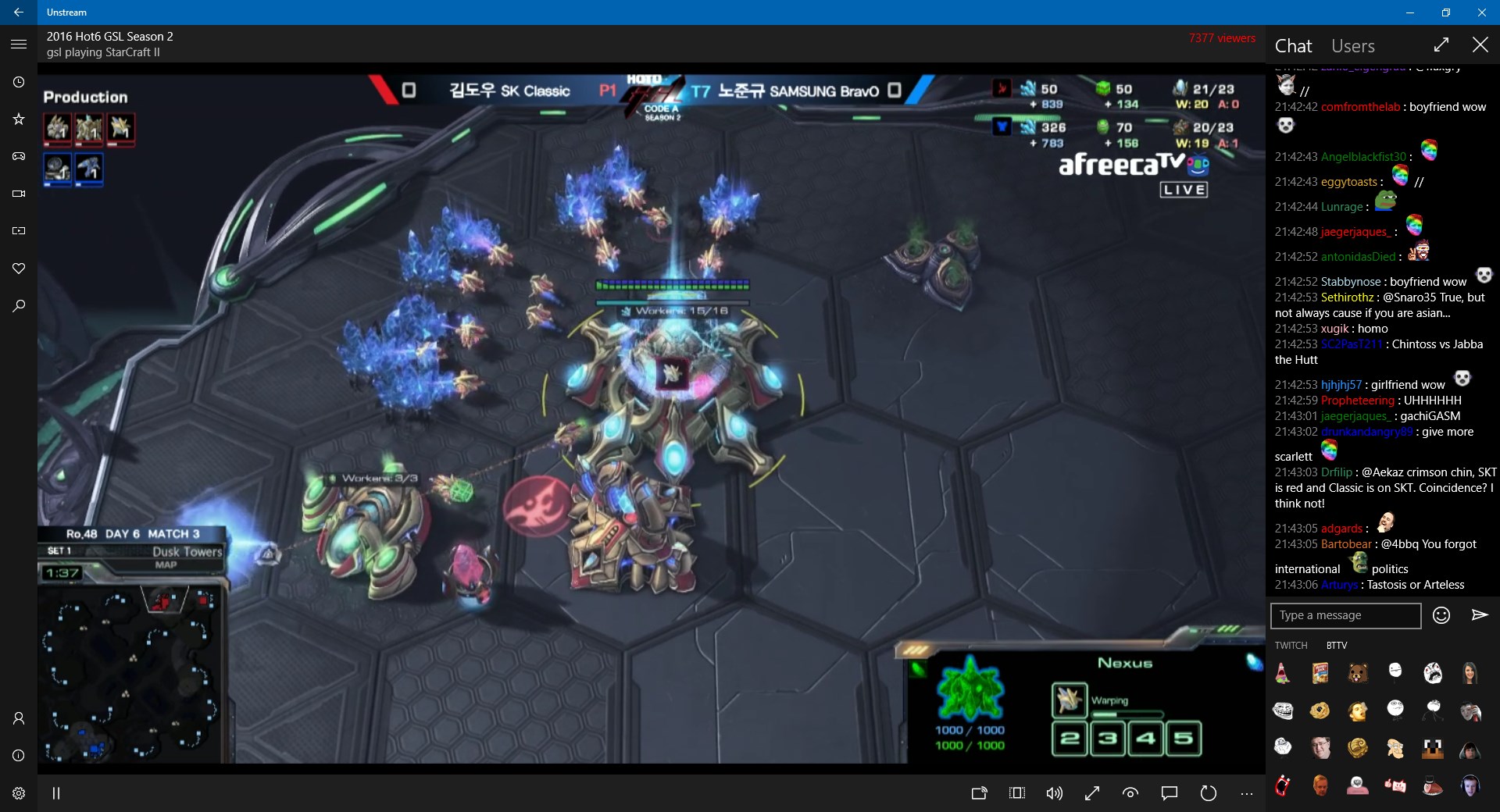 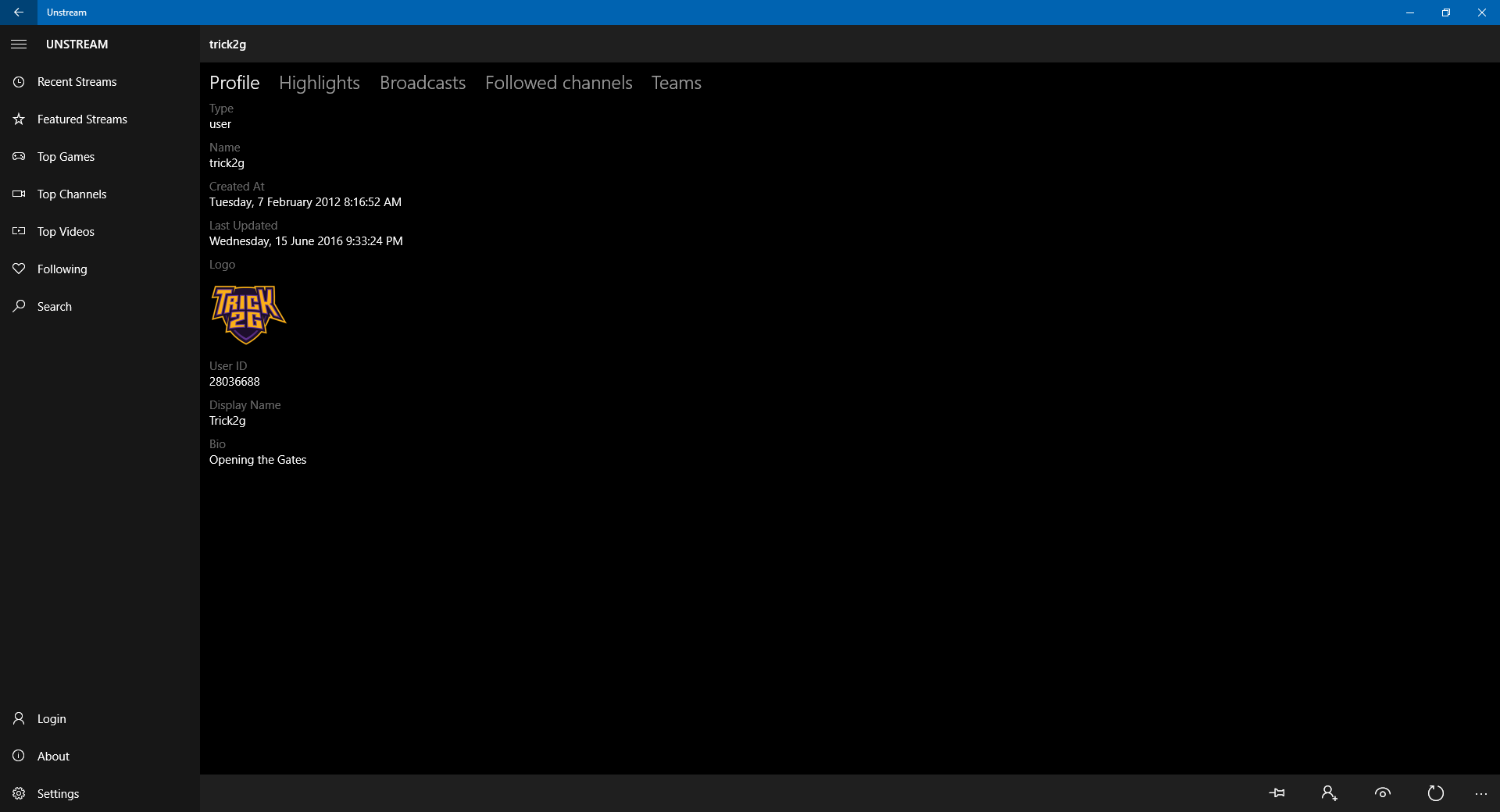 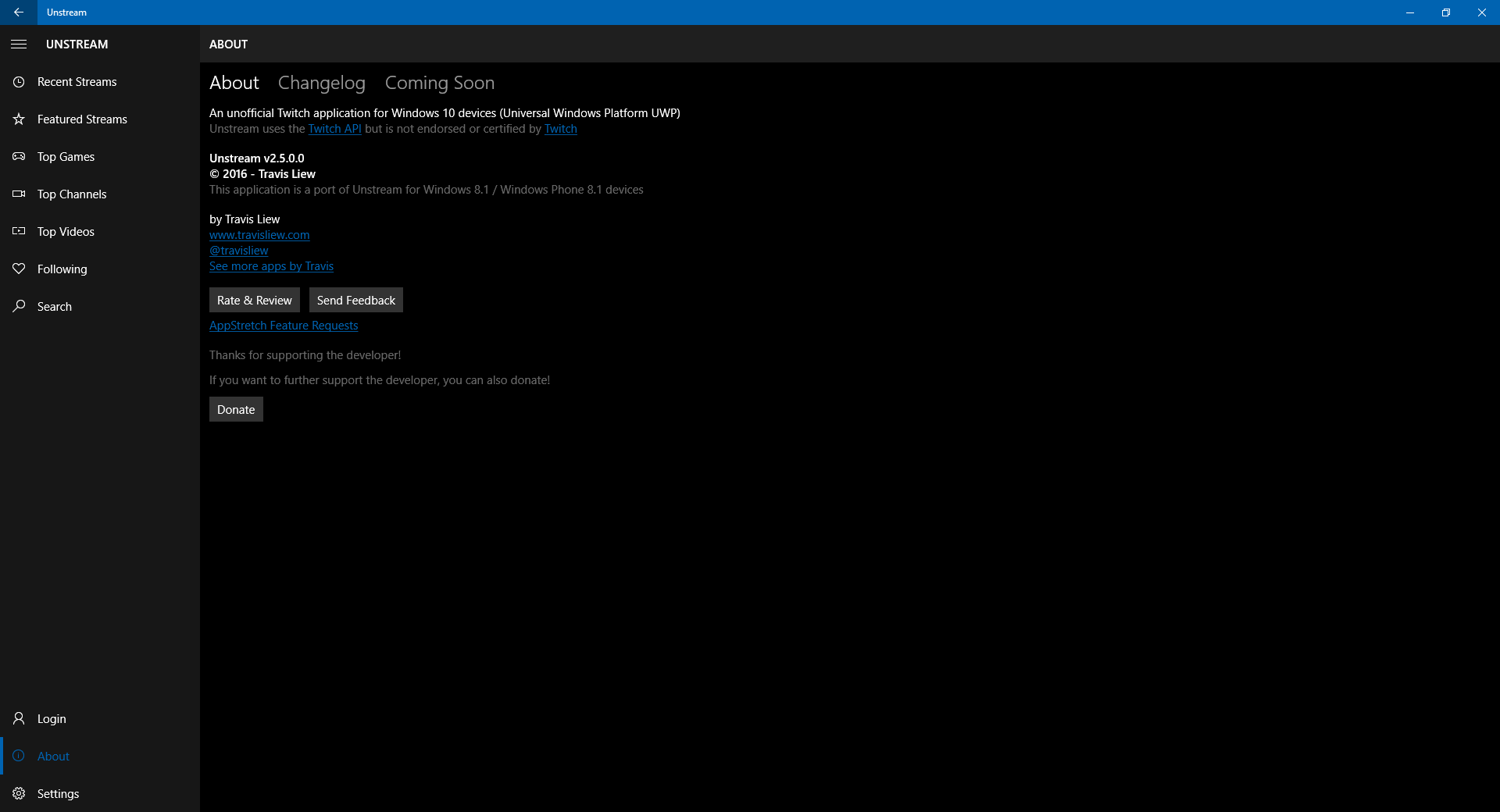 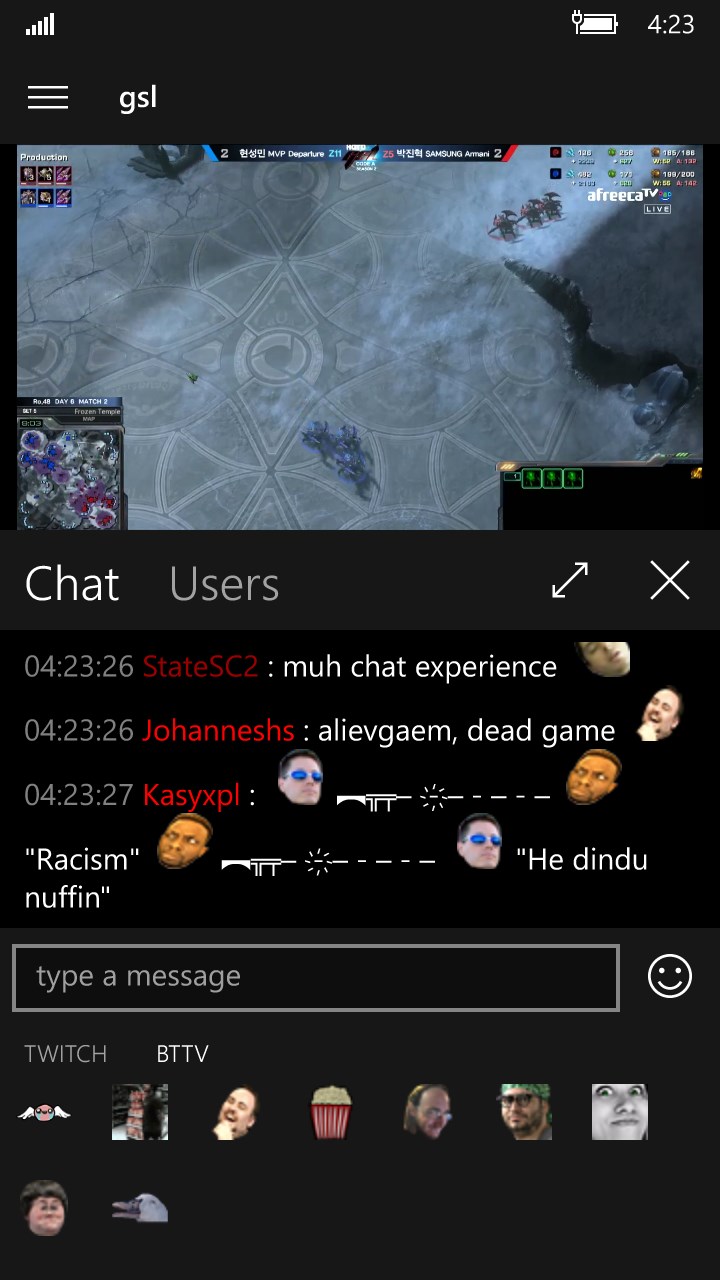 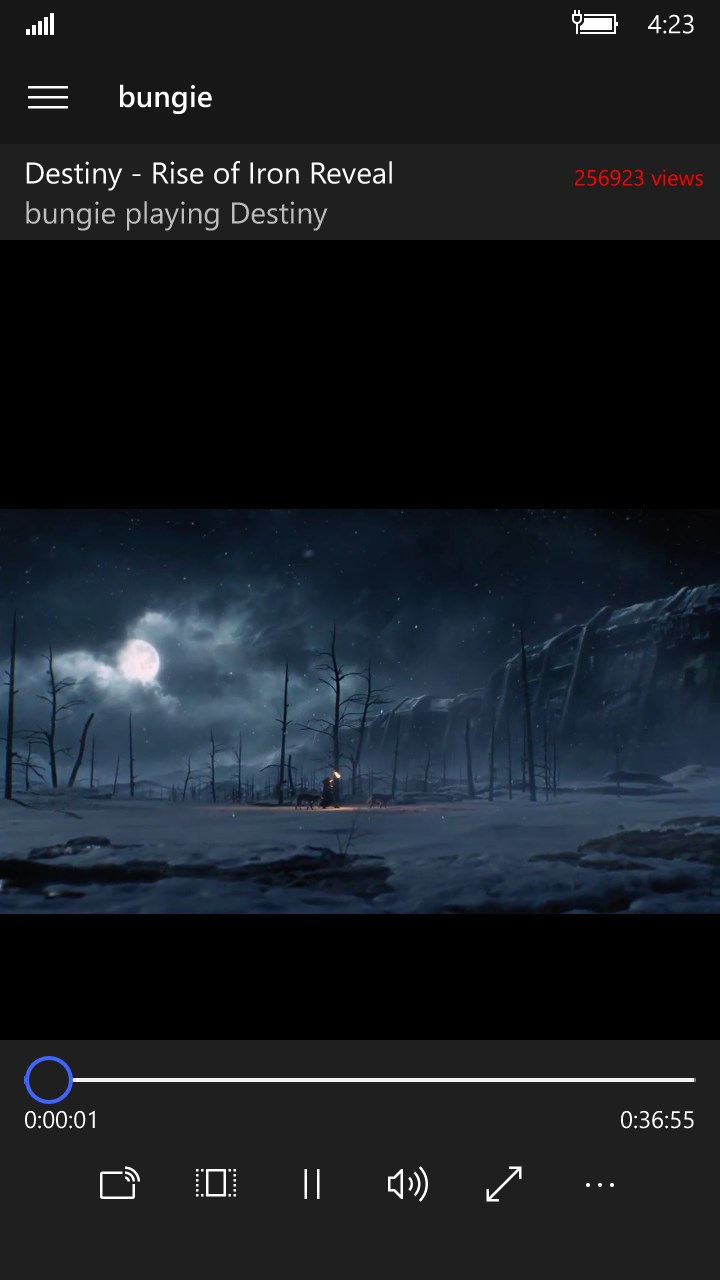 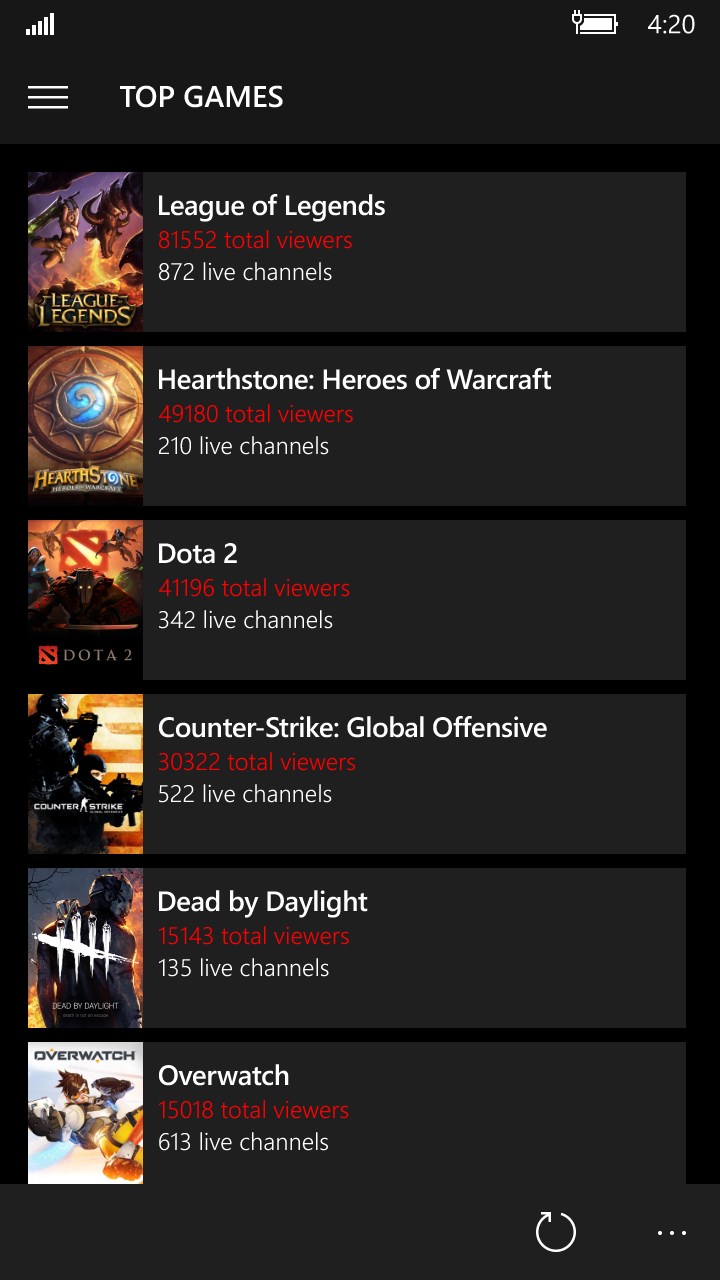 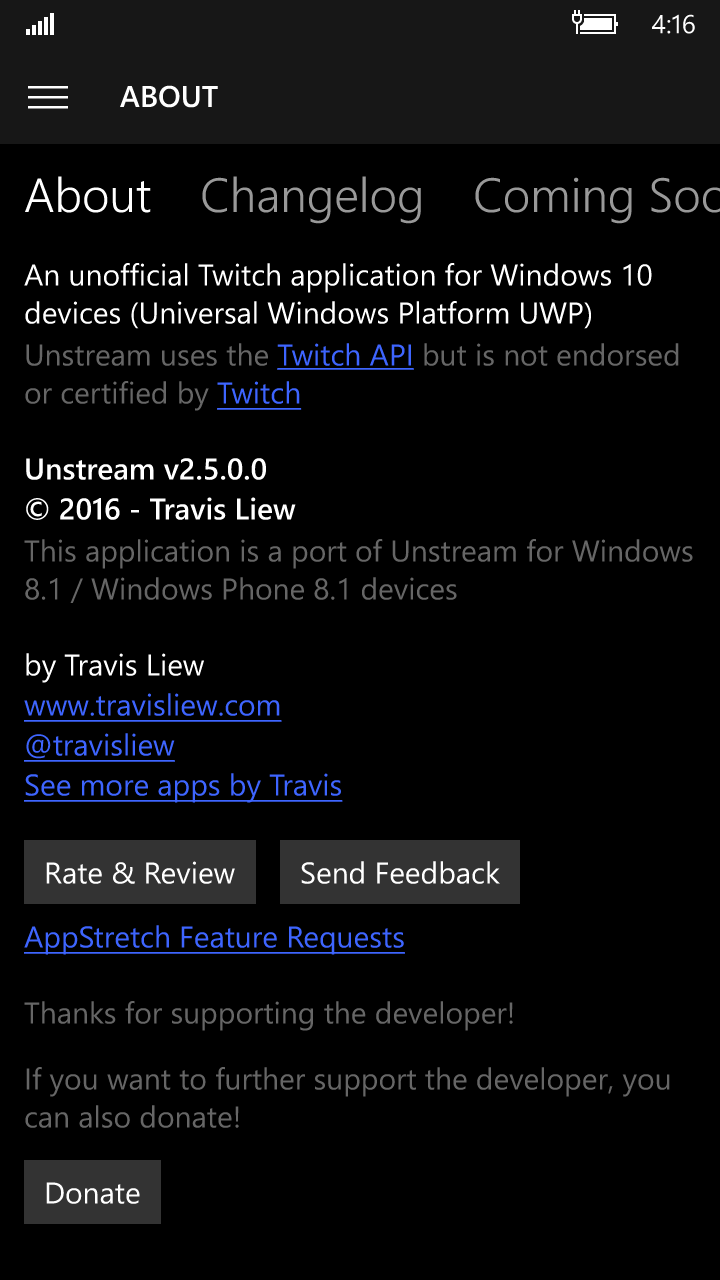 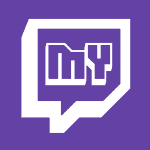 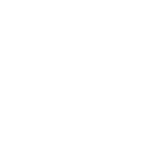 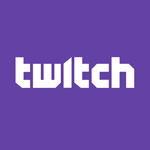 ★★★★★ Founded in June 2011, Twitch is the world’s leading social video platform and community for gamers. Each month, more than 100 million community members gather to watch and talk about video games with more than 1.7 million broadcasters. Twitch’s live and video on demand platform caters to ...
Free Suto Stream is an unofficial client for Twitch.tv Enjoy your games from any device running Windows 10 with Continuum support. Designed for both touch as well as mouse and keyboard.

Been using this app almost daily for the last couple of months, and I absolutely love it. Snapping this app to the edge of the screen looks and works perfectly. Without this app, I would watch a lot less Twitch. Many thanks to the developers. One thing I would love added is the picture-in-picture support that came out with the Creators Update. Would make this way more functional for me, as I'd love to have a smaller window open on my single monitor setup, and play a windowed game in the background or something.

Amazing Windows application for viewing twitch streams and vods. Works very well with no advertisements. The only issue I have with it is the fact that when you view streams in full screen it doesn't hide the cursor. Other than that, it is much better than any others that I see and can't wait for additional improvements!

Very much want to see in your program a tab сlips

the best of twitch live stream

Freezes randomly and the only way to fix it is to close and restart the app. Other than this issue it's fine.

Crashes every time I try to open it