The Denver Broncos are a professional American football team based in Denver, Colorado. They are members of the West Division of the American Football Conference in the National Football League. The Broncos began play in 1960 as a charter member of the American Football League and joined the NFL as part of the AFL–NFL merger of 1970. The Broncos have been a successful franchise, having won two Super Bowls and six AFC Championships. The team leads the league with only six losing seasons during a 35-year span between now and their first Super Bowl appearance in 1977. They play at Sports Authority Field at Mile High, and have four players in the Pro Football Hall of Fame: John Elway, Floyd Little, Gary Zimmerman, and Shannon Sharpe. This app is EVERYTHING Broncos! Enjoy. 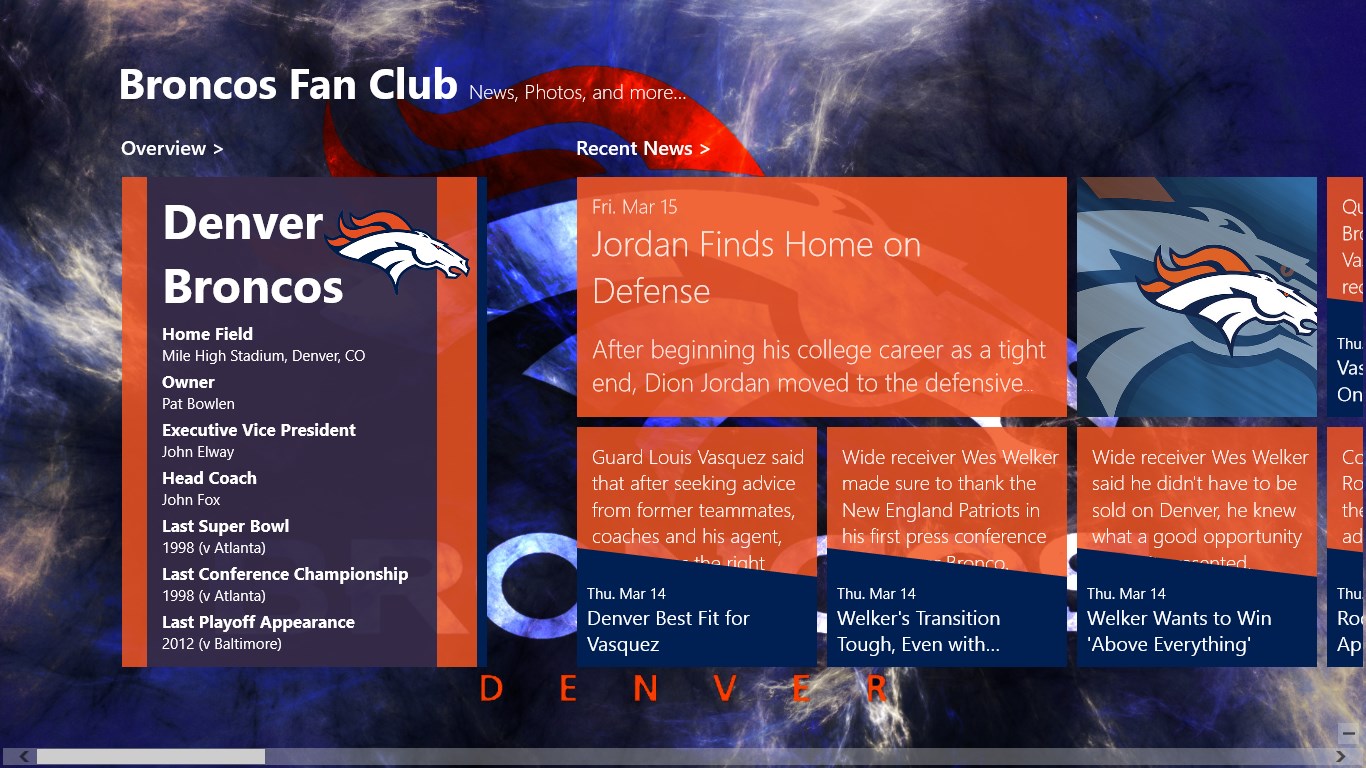 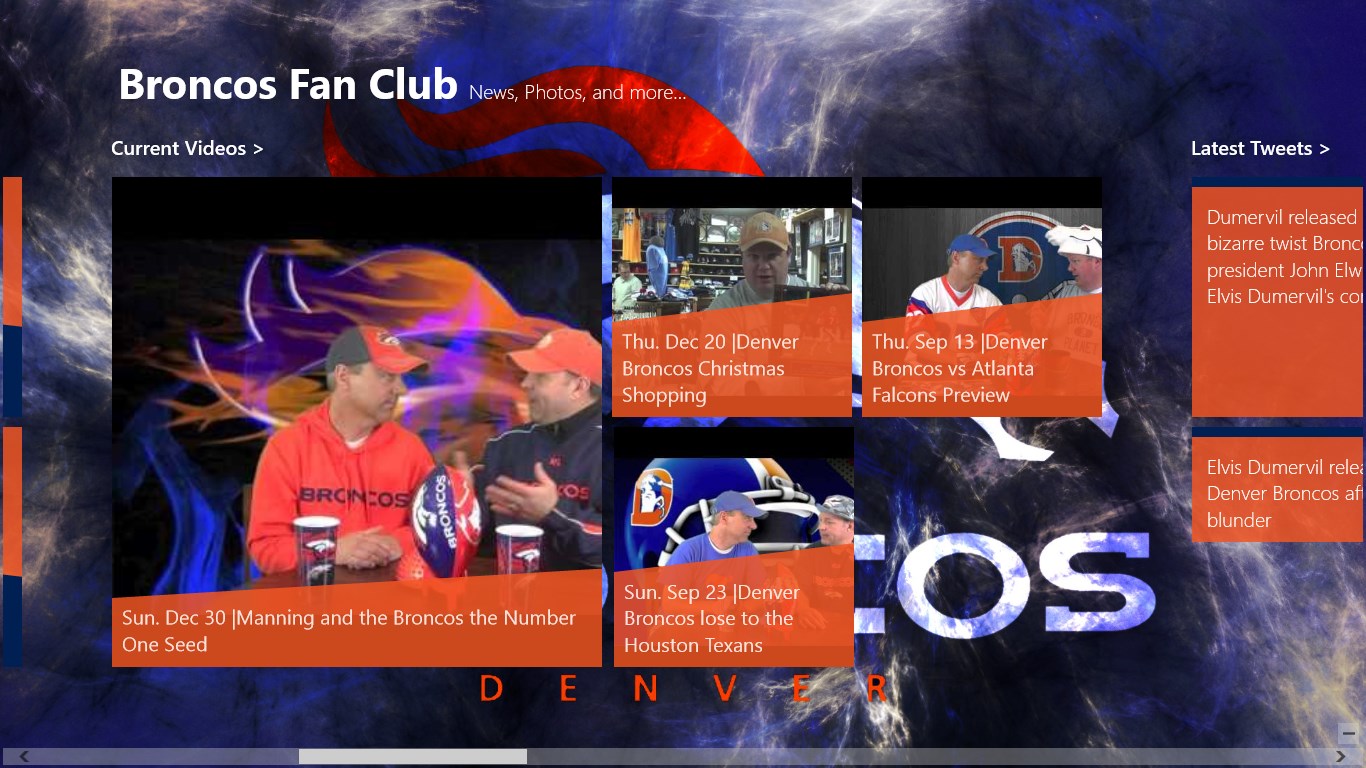 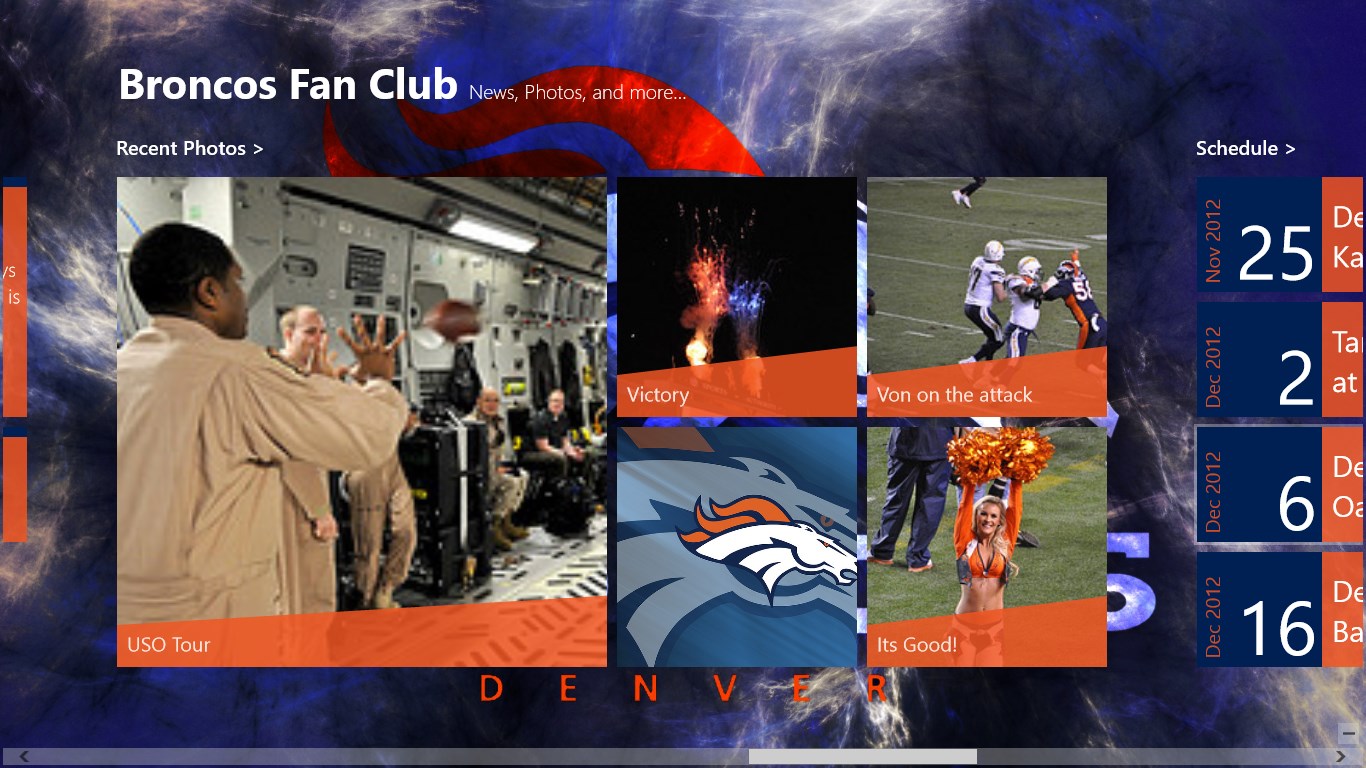 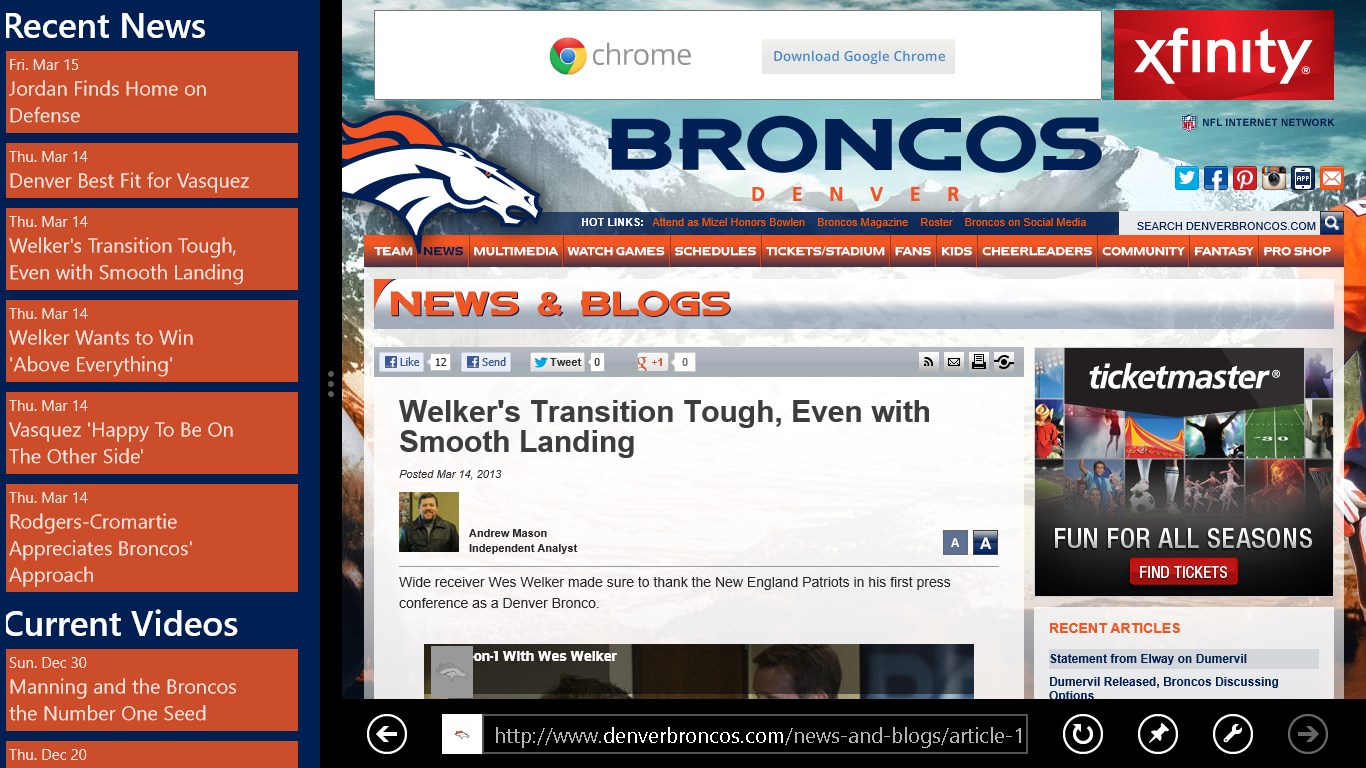 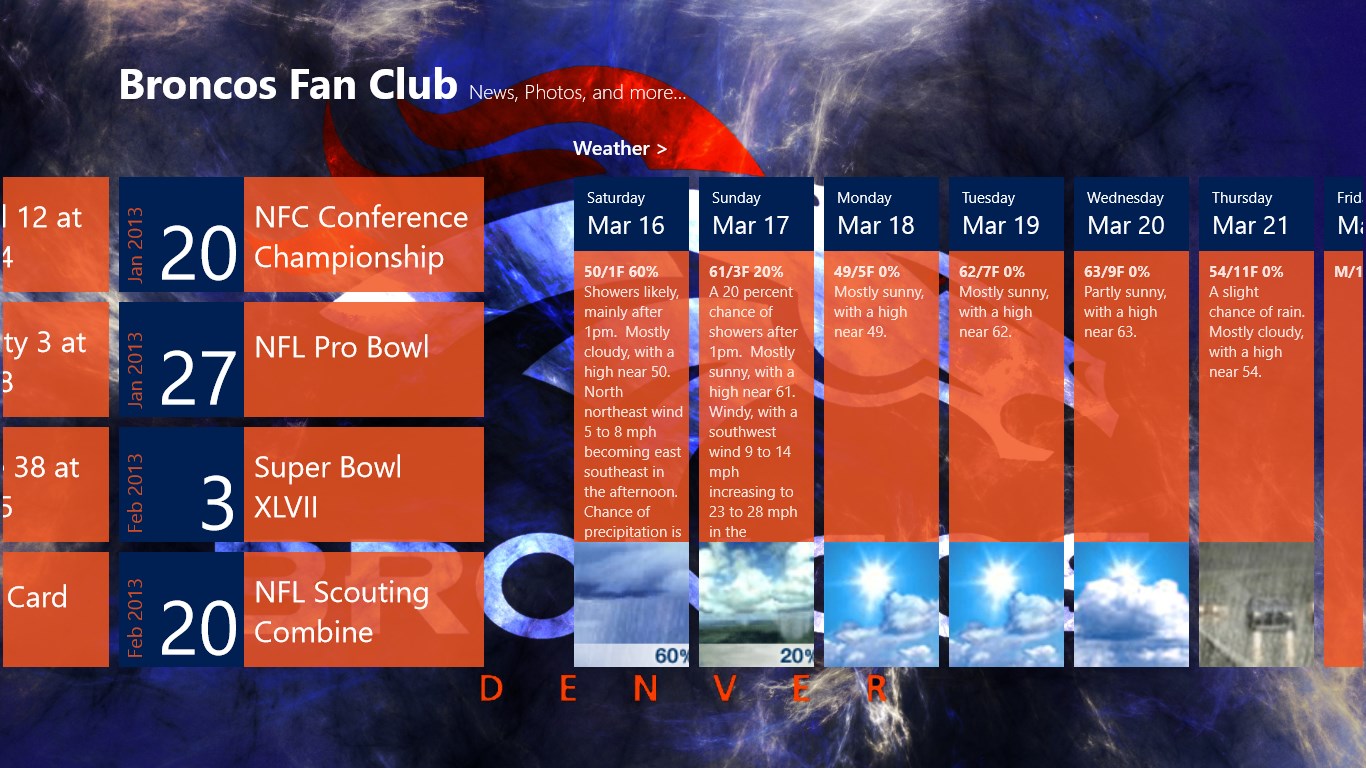 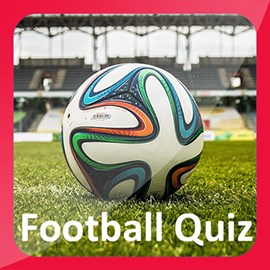 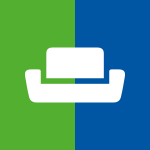 SofaScore LiveScore is an one-for-all live score app with widget. With our mobile app you can track sport results and scores in all major leagues, tournaments and events. You can also create a list of favorite teams and games which will enable your phone to receive notifications and video highlights ...
$1.99 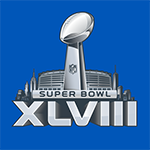 The National Football League presents the Official Super Bowl XLVIII Interactive Game Program. The app has everything you need to know about the AFC Champion Denver Broncos and NFC Champion Seattle Seahawks plus video highlight recaps for every week of the 2013 season! Get ready for the Super Bowl with ...
Free 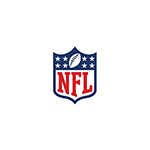 NFL on Windows 10 is your ultimate live game day companion. Track your favorite teams and Fantasy players with personalized notifications as big plays happen and Next Gen Stats on the field. Never miss a moment with in-game highlights from around the league, all on-demand. Experience the evolution of NFL ...

The "headlines" and team records are a few years old

I have bronco google app on my Samsung. It is up to the minute info. This app through Microsoft is yr old old stuff. Who is in charge of updating this mess? Sure won't bother installing weather, emergency or traffic app from Microsoft store. sung is charging

So glad Peyton is retired, Now it's time for the Carolina Panthers to rule the NFL baby! and every stinking Broncos fan knows the Denver broncos are toast now that Peyton's gone. that super bowl was your last. Cam Newton's career is just beginning and we will keep POUNDING! beware everyone, The Cardiac Cats are BACK! RRROOOWWWRRR.

The app still shows Fox as the coach, and the team's playoff record info is year's old. It's clearly been abandoned by the dev.

IN THE SCORING DRIVE, TD OR FG SHOULD BE LISTED IF COMPLETE.

It looked vet promising but i found that scrolling quickly freezes on my Surface Pro while in tablet mode. Works fine when I have the keyboard attached though. Does the same thing in the Broncos version. If you fix, this application would be great.