Muscular System is a next generation anatomy atlas in 3D which gives you availability of interactive highly detailed anatomical models! The entire musculoskeletal system has been reconstructed in 3D, you can rotate and zoom in on each model and observe in detail from any angle. By selecting models or pins you will be shown the terms related to any specific anatomical part, you can select from 11 languages and show the terms in two languages simultaneously. Muscular System is a useful tool for students of medicine and physical education, for physicians, orthopedists, physiatrists, physiotherapists, kinesiologists, paramedics, nurses and athletic trainers. HIGHLY DETAILED ANATOMICAL 3D MODELS • Skeletal System • Muscular System • Accurate 3D modeling • Surfaces of the skeleton with high resolution textures up to 4K SIMPLE AND INTUITIVE INTERFACE. • Rotate and Zoom every model in the 3D space • Division by regions for a clear and immediate visual of each structure • The muscles are grouped into layers, from the superficial to the deepest • Visualization of the muscle layers in multi or single mode • Possibility to hide every single bone or muscle • Filter feature to hide or display every system • Intelligent rotation, automatically moves the centre of rotation for easier navigation • Interactive Pin allow visualization of the term relative to every anatomical detail • Hide / Show interface, ideal for use on smartphones MULTI-LANGUAGE • The anatomical terms and the interface are available in 11 languages: Latin, English, French, German, Italian, Portuguese, Russian, Spanish, Chinese, Japanese and Korean • The language can be selected directly from the interface of the app • The anatomical terms can be shown in two languages simultaneously "Muscular System" is part of the collection of apps for the study of human anatomy "3D Atlas of Anatomy", new apps and updates are being developed. 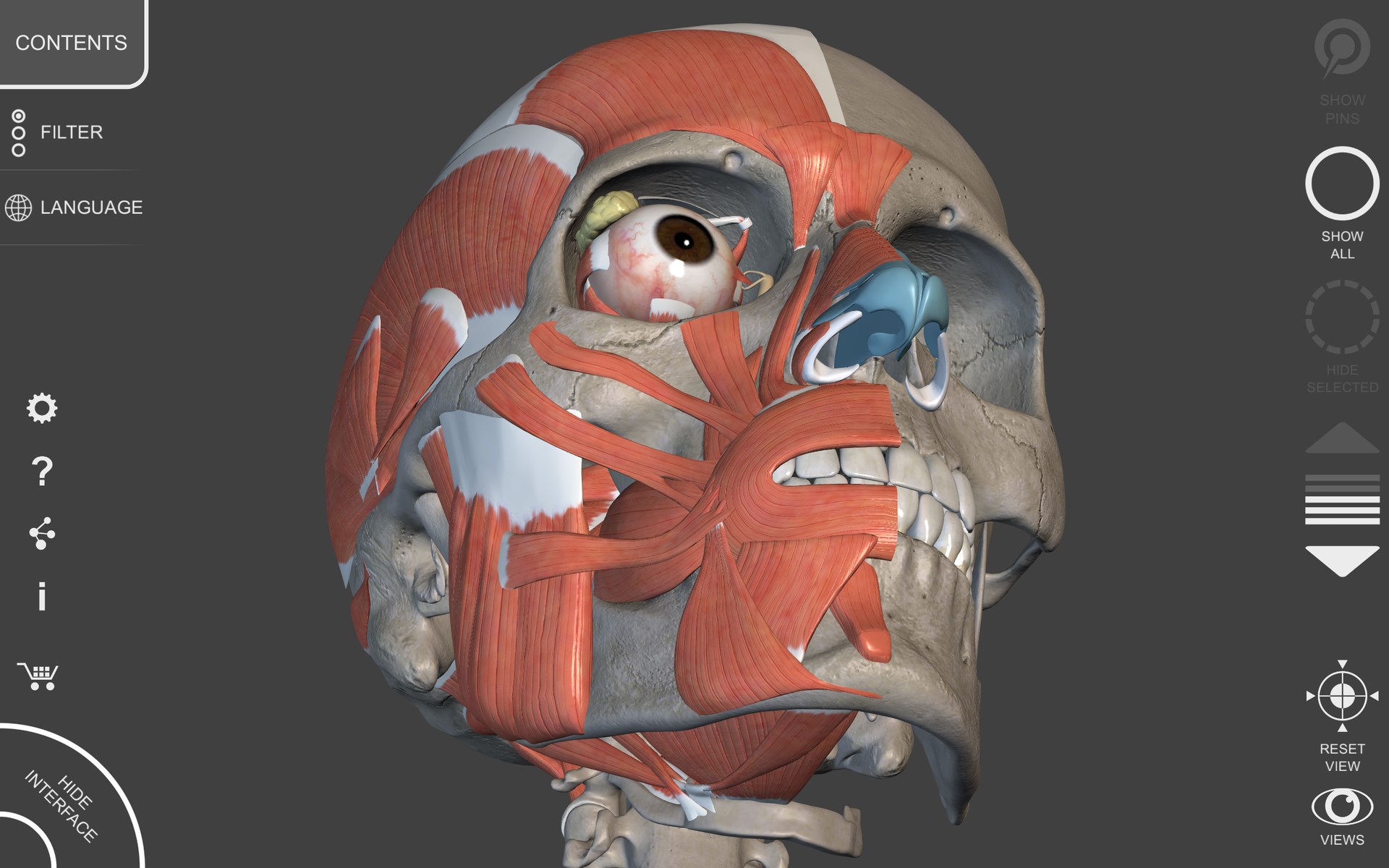 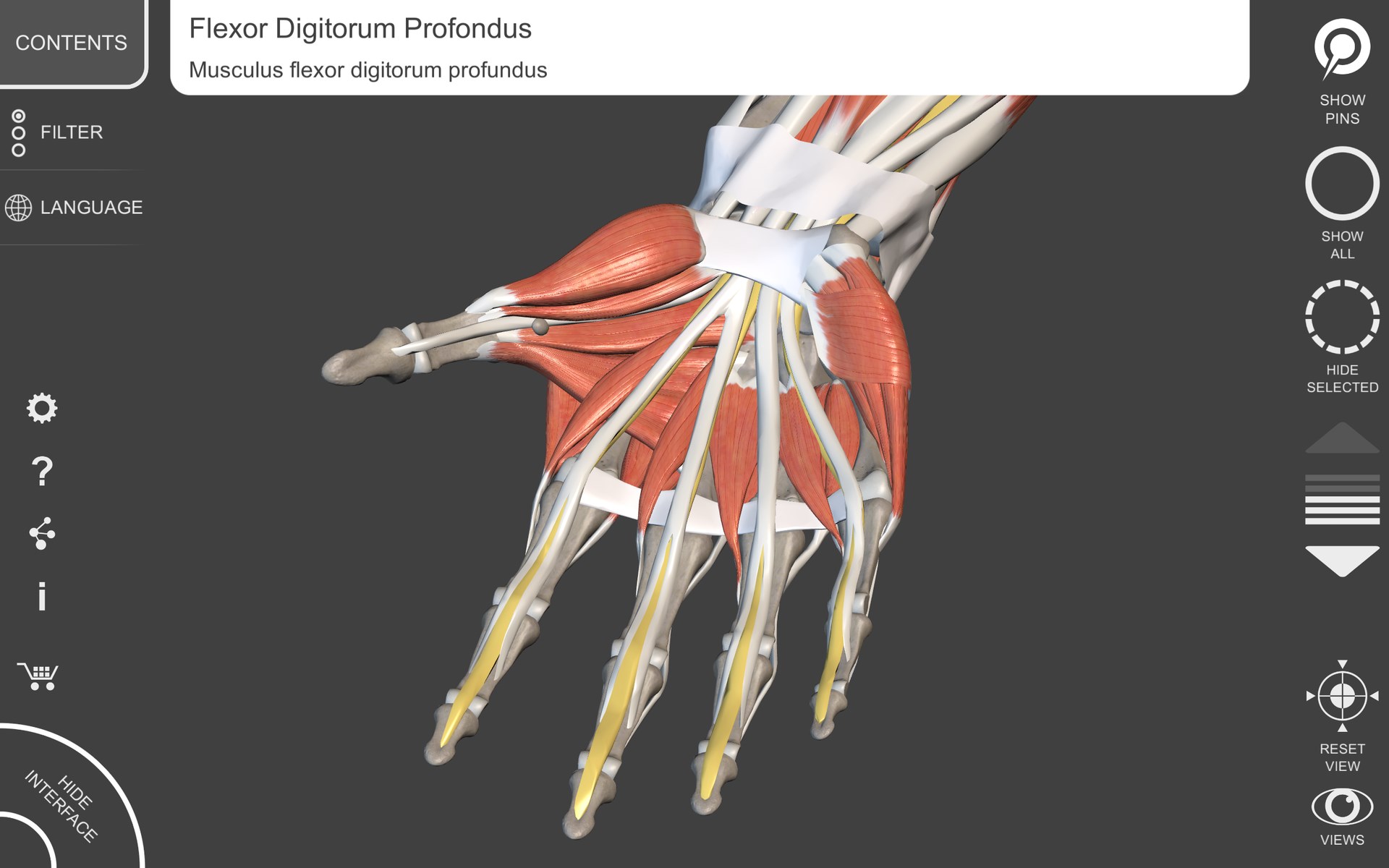 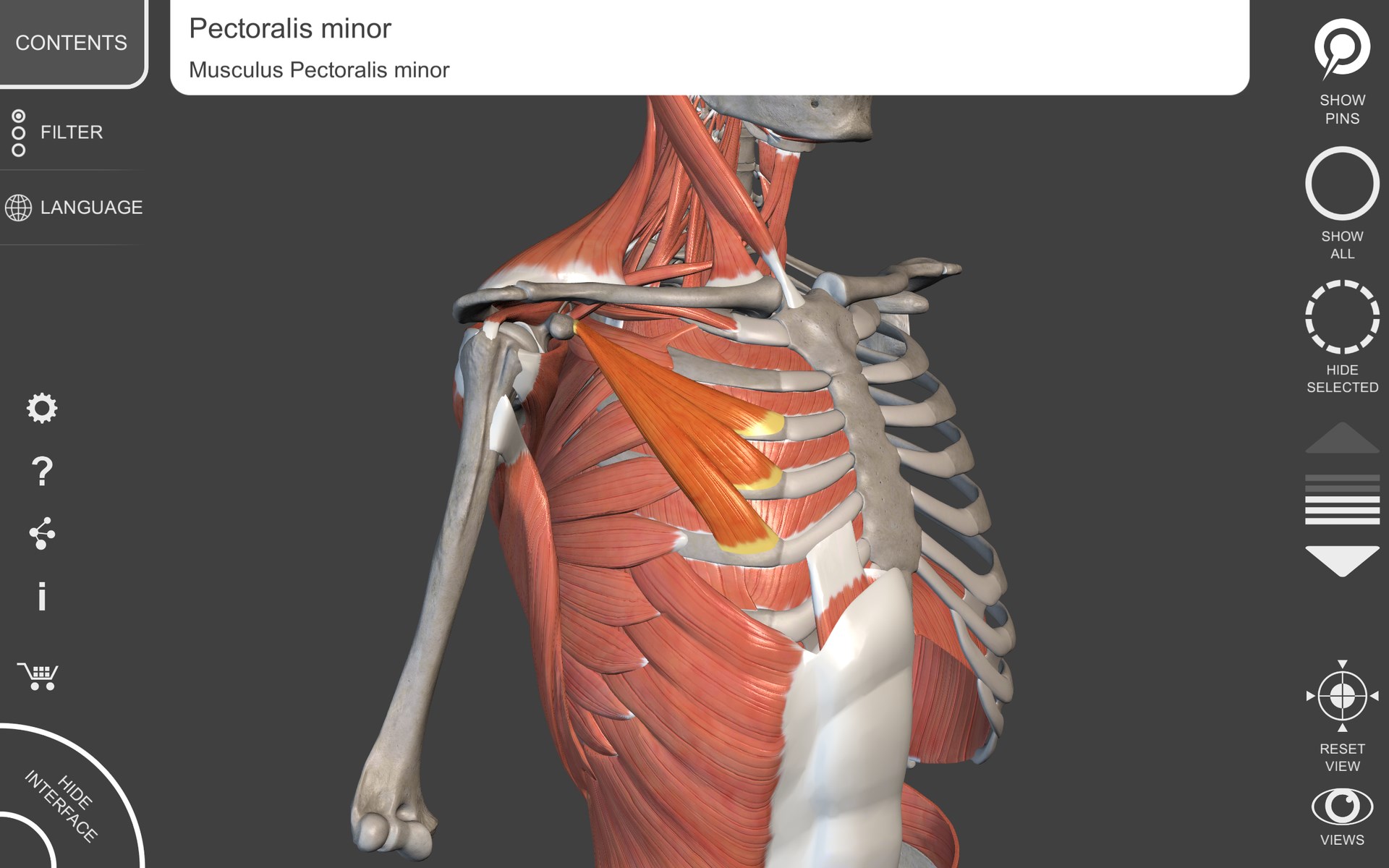 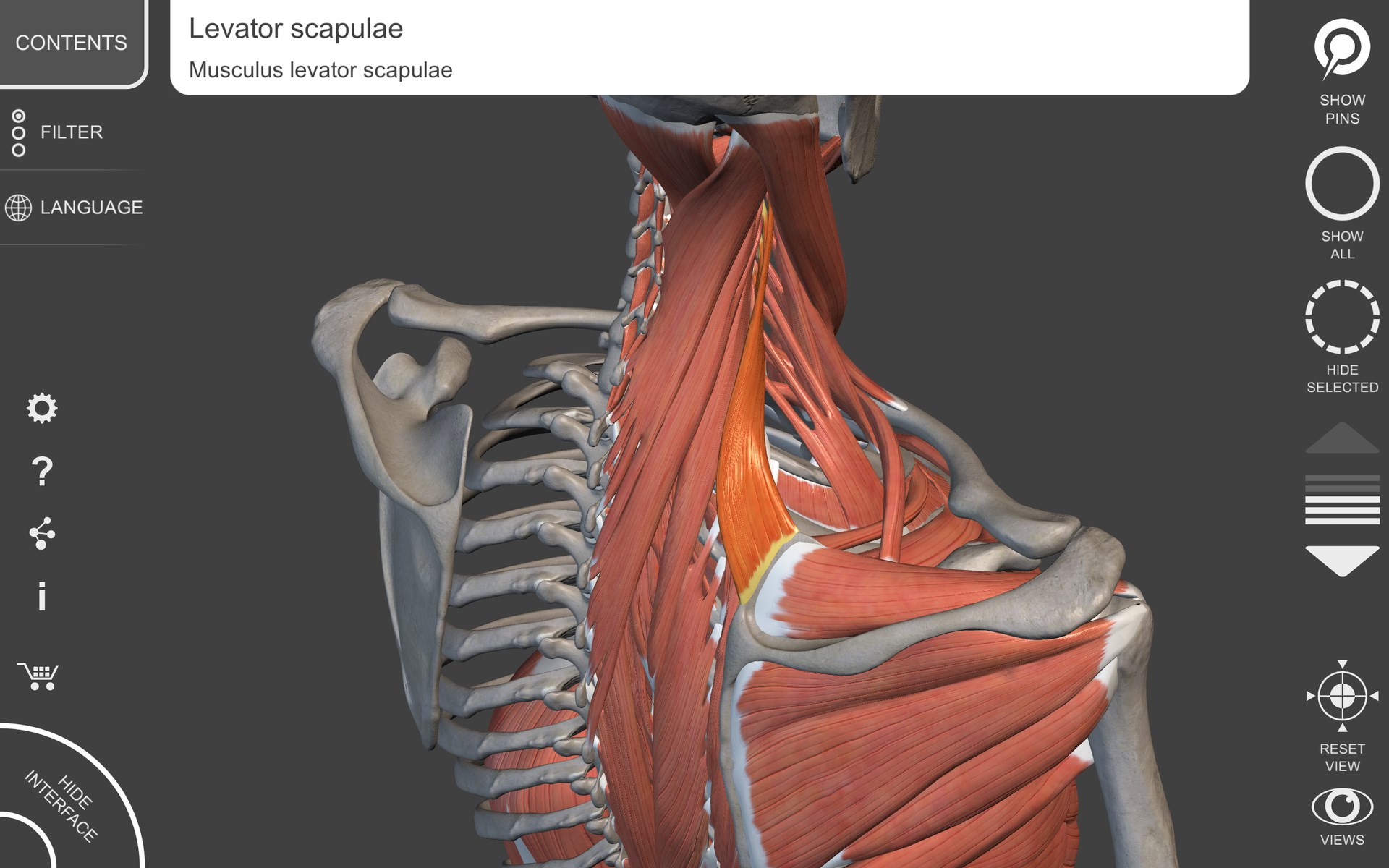 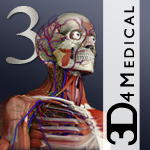 A true and totally 3D app for learning human anatomy with 3D position quiz, built on an advanced interactive 3D touch interface. ***From the creator of Visual Anatomy app. USES: This app’s primary use is as a learning tool but can also be used for any professional who needs ...
Free 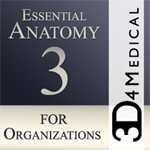 The best selling human anatomy app ever! (Requires 2GB usable RAM) This version of our award winning app was created for organizational use only and not for the general public. If you’re an individual that would like to purchase a single copy, please search for Essential Anatomy 3, which ...
$4.99 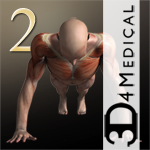 iMUSCLE 2 IS A HIGHLY VISUAL, 3D-BASED, AWARD WINNING HEALTH AND FITNESS APP THAT HAS EVERYTHING YOU NEED TO PLAN AND TRACK YOUR FITNESS PROGRAM. ⁃Chosen by the Apple App Store as "App of the Week" ⁃No.1 Health & Fitness app - App Store Rewind, 2011 ⁃Listed as one of Tech ...

Though I wish it included the opposite appendage.

I saw another comment from last year that they were going to be working on touchscreen in an upcoming update, but I guess it's not here yet. I'm using a surface pro 4 and it doesn't work properly at all unless I attach my keypad. I'd rate it much higher if I could use my tablet, well, as a tablet! I'm also using a trial version - I don't know if it's possible to select the individual bones of the skull or not. Pins appear pointing out everything, but I can't seem to make it only select the frontal bone, parietal, etc. I'd love to purchase, but again, as I use a surface primarily as a tablet, I'm going to wait until the touchscreen works properly :) It would also be great if there was a search feature. As I'm just learning A&P, it'd be great if I could search for, say, the ethmoid bone and have it appear selected.

I'm currently learning how to draw and after trying out the trial i decided to buy this. The models are good and the UI is effective. I have only two complaints. 1. There is no full body view as far as I can tell. 2. The app only shows male anatomy. For artists this is not insignificant. Other than that it makes for a very good reference of the muscles and bones.

I use surface 3 and its really cool..but I use touchscreen instead of the mouse and doesn't work properly with touchscreen