Xtreme Mission Commando Strike Game is aiming to offer you a realistic battle against your enemies. You must eliminate the invasion by killing your enemies and defend & respond to their counter shooting. You need to move fast and careful and don't create chance for your enemies to shoot you because your health will drop and will lose the battle when you die. --- STORYLINE --- Your territory has been invaded by your enemies and you are alone on the spot to attack with your awesome skills. Invade at Enemy Base Headquarters. Enjoy awesome fully 3D UI. Engage with Radar navigation to find and locate enemies on this barren land. Shield your health and live long to fall of the rivals. Game has seven stunning levels to enroot the enemy barracks. Align gun scope and shot confidently. --- LEVELS --- There are 2 Environments 1) Desert Area: Having Three stunnig levels 2) Forest Area: Having Four Stunning Levels --- INVADE AT ENEMY BASE CAMP --- Prepare for a Brave challenge with full of dare and terror at desert and forest area in enemy base camps. Take your knife and Ak47 weapon and also take enemies weapons. An amazing game play is available at Play store now, Try this completely 3D realistic First person shooter game, everlasting and non-stop war task and leave your kind and honored suggestions and reviews. --- YOU ARE PIONEER OF BATTALION --- You are about to enter a massive enemy frontier line on a flat plain and must servive untill the final exit from forest area camp, where only right strategy and mind plan will save you. Prove yourself brave tribune for your armed force and defeat the enemies at their camps. --- MULTIPLE MISSIONS --- You are assigned with different missions at each stage to destroy enemies objectives and to prevent enemy occupy strategic positions in the areas. So craft your strategy according to each mission. And get ready to enjoy this trajectory physics simulation. --- HIGHLIGHTS --- * Use Zoom button for Accurate Aim and zoom at the target enemy. * Use fire button to hit the enemies. * Use Jump button for jump. * Use Pick button for picking up Weapons. * Use Reload button for Reloading Weapons. 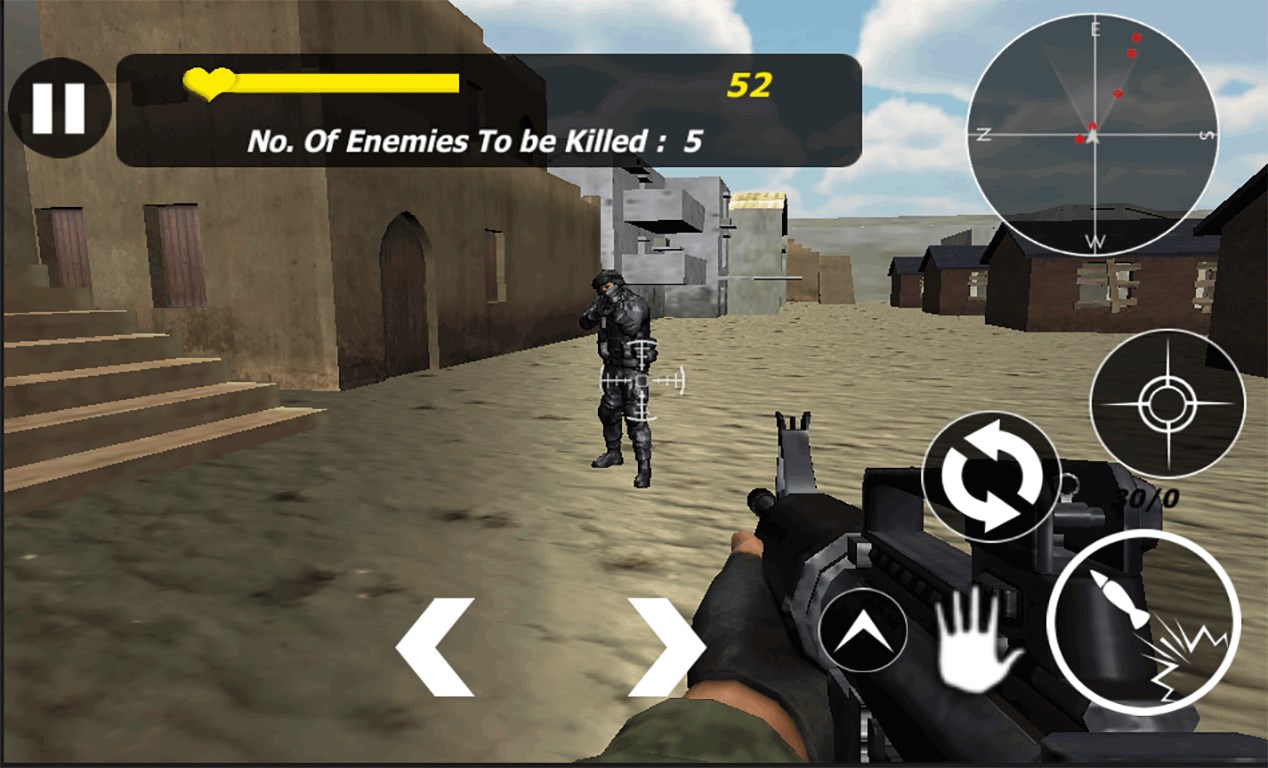 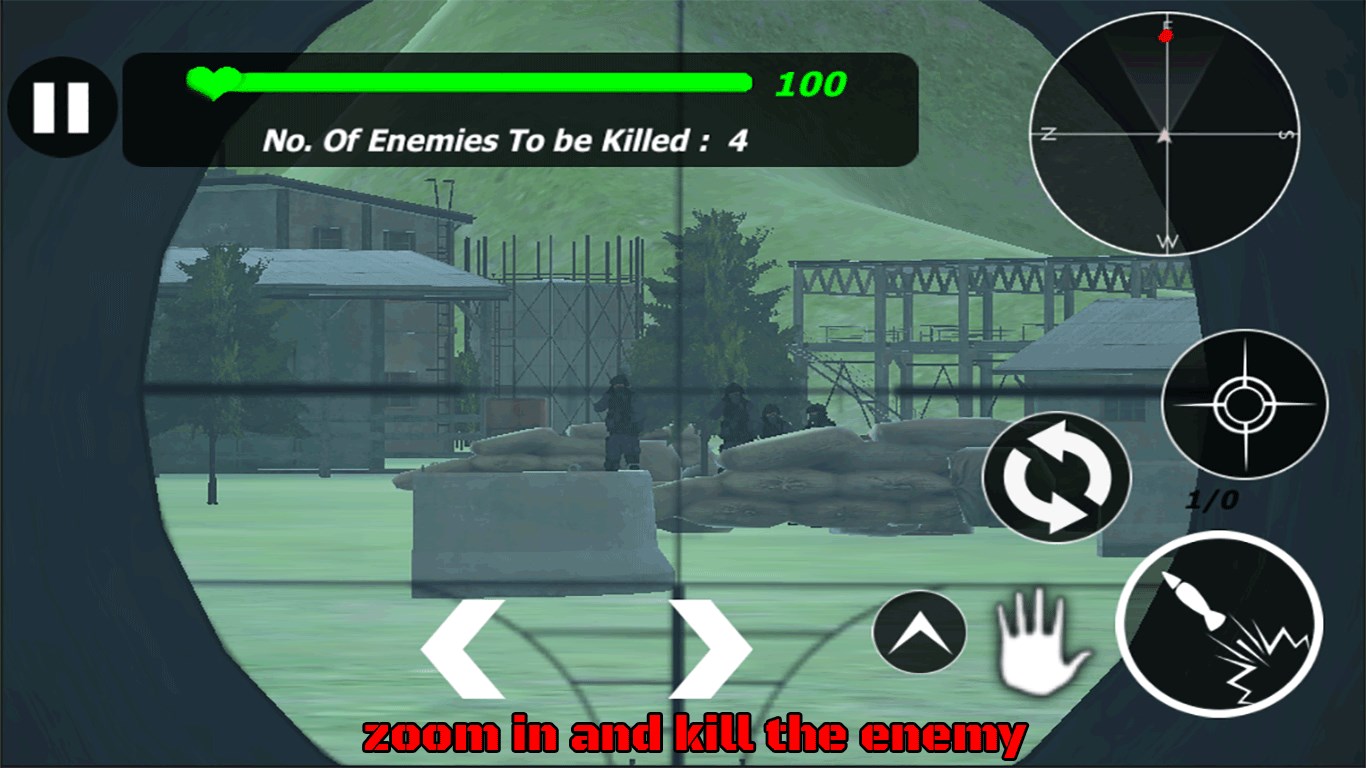 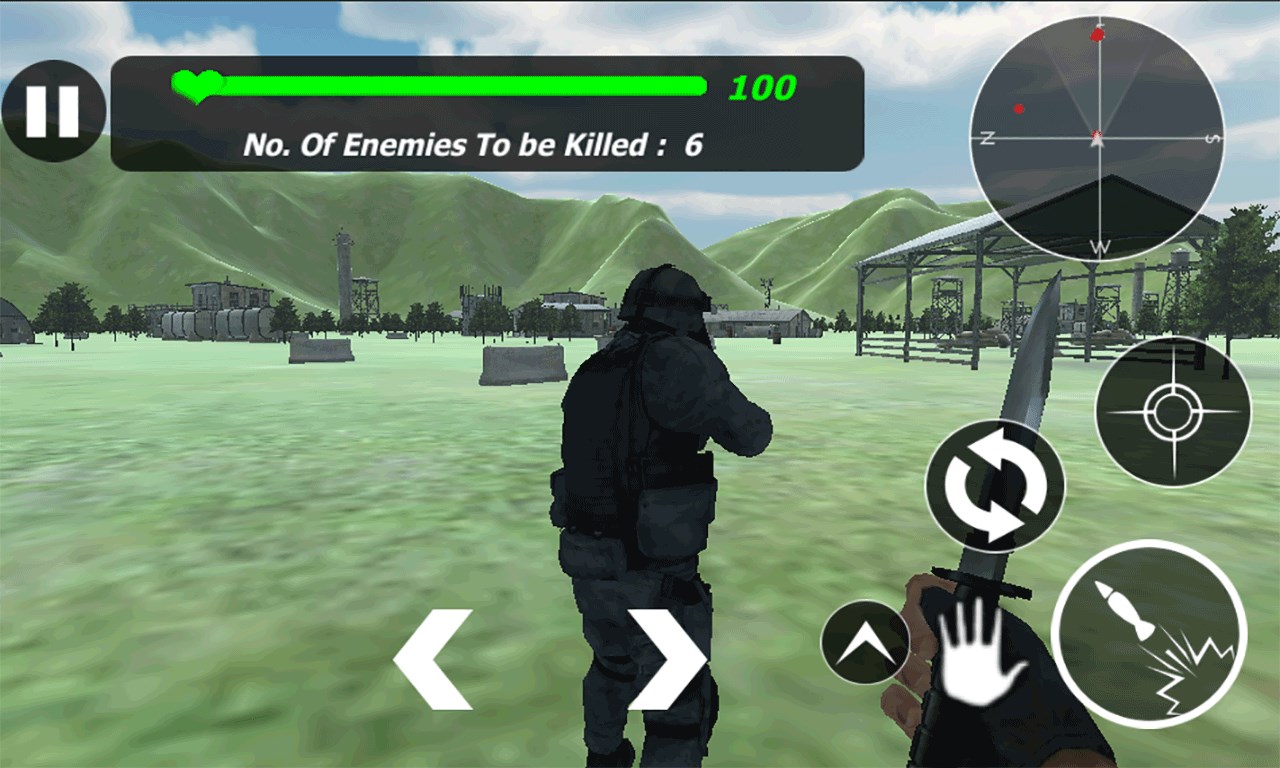 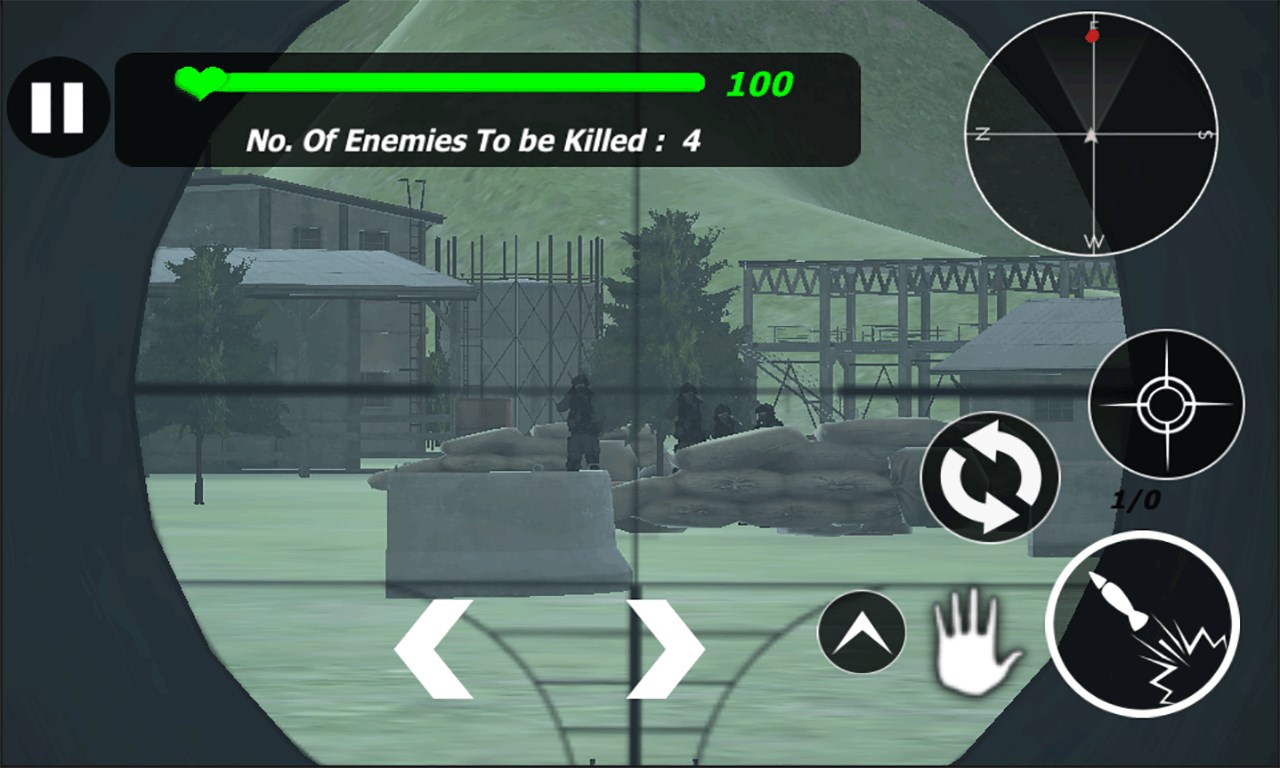 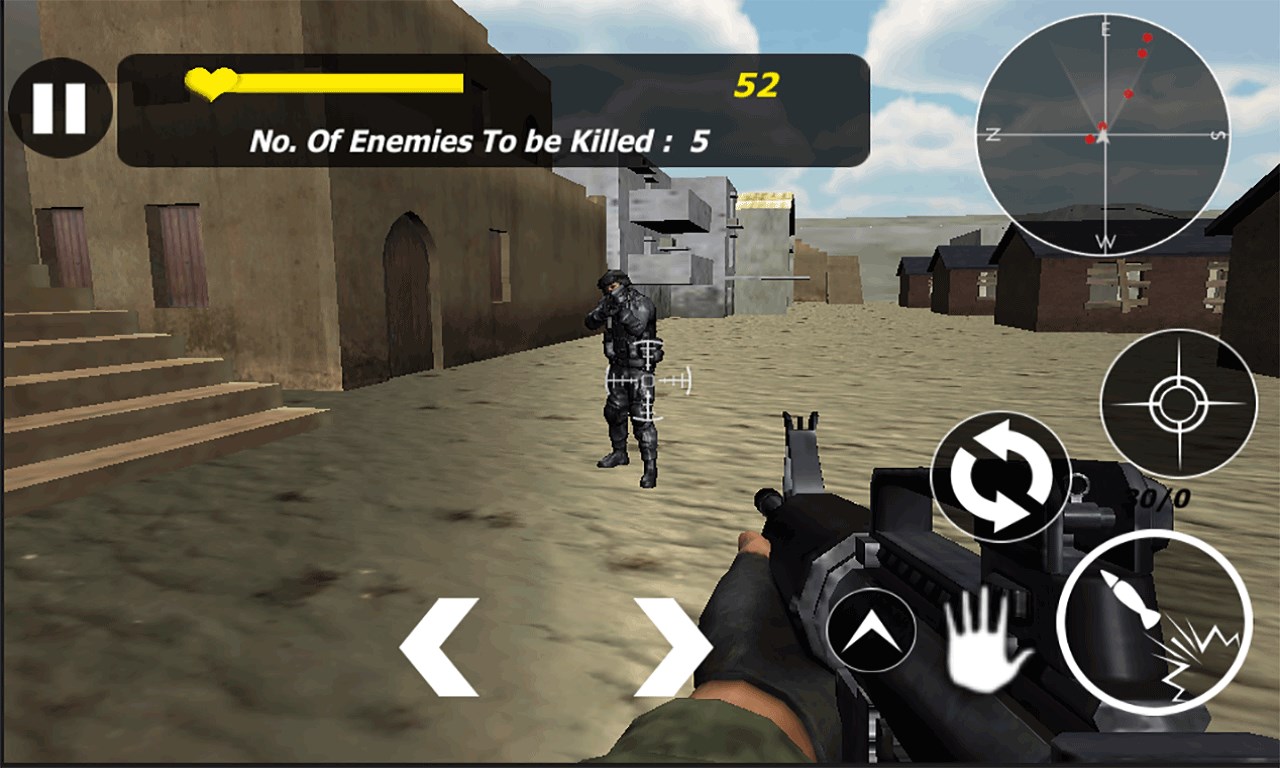 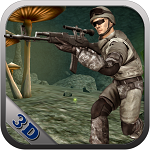 Enemies attack on you. They are stand in groups at different places in camp. War against enemy soldiers has begun. Enemies attack on you in form of wave. You are a brave Commando of Army; you will protect your camp. Enemies have entered in your Camp. You have M-16 gun ...
Free 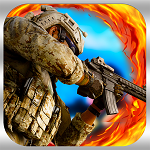 Commando Hostage Rescue is a 3D FPS (First Person Shooter) game with mind-blowing graphics, stunning effects, awesome sound tracks, amazing controls and an interesting story line. You are an army captain from delta team whose been assigned the duty of rescuing hostages from the clutches of the terrorists. You parachute ...
Free 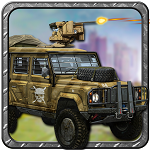 Base Attack-Action City 2015 brings you the best shooting game of the year! Start the year 2015 with a furious attack on enemy base, like a brave commando of the army forces. You will rush into the action city of army and will kill the huge horde of marines. This ...
Free 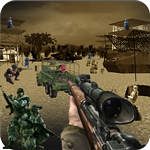 *** Attack AT ENEMY BASE CAMP In The Middle Of Sahara Desert*** At a hot and arid desert, in a singing atmosphere with wind and sand grains blowing, Are you ready to Infiltrate at enemy base camp! Prepare for a Daring ultimatum with full of Cartel and horror. Take your carriage ...

Hey there...!! Guys is there someone who can help me with the controls. I still don't get it.

stunning graphics, great gameplay but has too many ads

This is an awesome game give it a chance it will not disappoint!!!!!!