Create, upgrade, and customize your very own Bloons Monkey City in this groundbreaking blend of city building and tower defense awesomeness! UNIQUE SIMULATION + STRATEGY GAMING Take back the wilderness from the invading bloon hordes and pop your way from a modest settlement to a thriving metropolis. Attack bloon-infested territory adjacent to your city, win a short tower defense game, and add the captured territory to your city as a space on which to build. Buildings are the heart of your city, and each one has a specific purpose - individual monkey towers for battle, upgrades for those towers, farms and banks to drive your economy, power to supercharge your city, epic buildings for epic powers, and decorations to make your city more awesome. Every time you build, your city looks cooler, you increase your power potential in tower defense play, and you open up even more rewards and challenges. AMAZING DEPTH AND VARIETY All 21 of the fully awesomized and carefully balanced Bloons TD 5 towers are available within Monkey City, with completely new unlock mechanics. More than 130 buildings and decorations give you endless strategies and city design options. Explore the wilderness to find treasure tiles and uncover 11 powerful special items like the Banana Replicator and the Dark Temple Idol. Burst bloons on 55 all new tower defense maps or test your mastery on 13 wildly challenging original special missions. Either way, be ready to encounter all new bloon waves and special bloon attack patterns like Cash Starve or Fast and Furious. REINFORCE YOUR FRIENDS Connect with Facebook friends, then help each other win and expand. Send Supply Crates back and forth for bonus starting cash. Visit friends' cities to check out their strategies and their city design skills, and while you're there root out any bloon spies to win a reward for both you and your friend. SHOW OFF YOUR SKILLS Build up the strongest lineup of monkey towers possible and compete with other players for the best score in weekly Contested Territory events. Use the latest in monkey science to send player vs. player bloon attacks, then see whose defenses are the strongest and earn extra rewards for victory. Download for free and play Bloons Monkey City now! Please Note: Bloons Monkey City is free to download and play (aside from internet, carrier, data, device, and other services for which the player is financially responsible), but some in-game items can be purchased with real money. You can turn off the payment feature by disabling in-app purchases in your device's settings, or reach us at support@ninjakiwi.com for help. City data is organized individually, so if you share multiple cities on one device through multiple accounts, do note that your IAP will only apply to the city active during purchase. 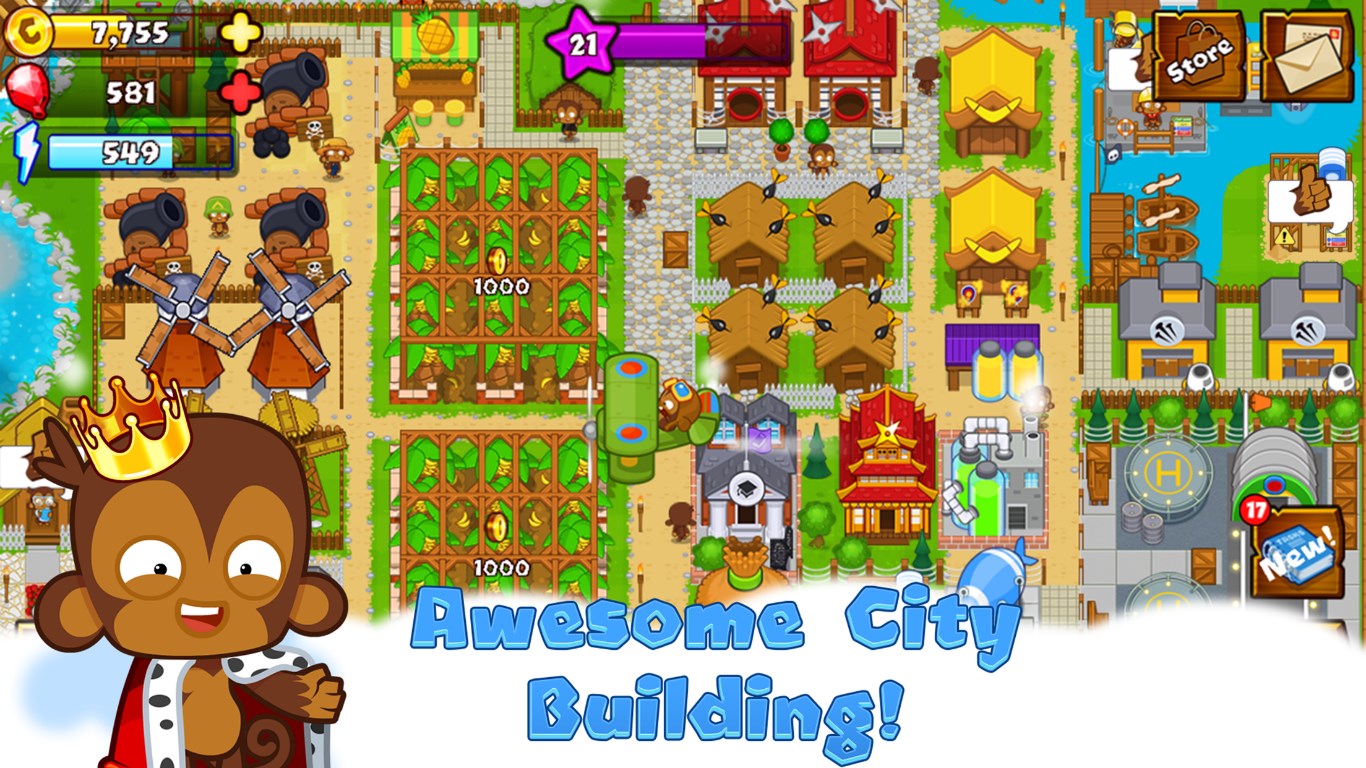 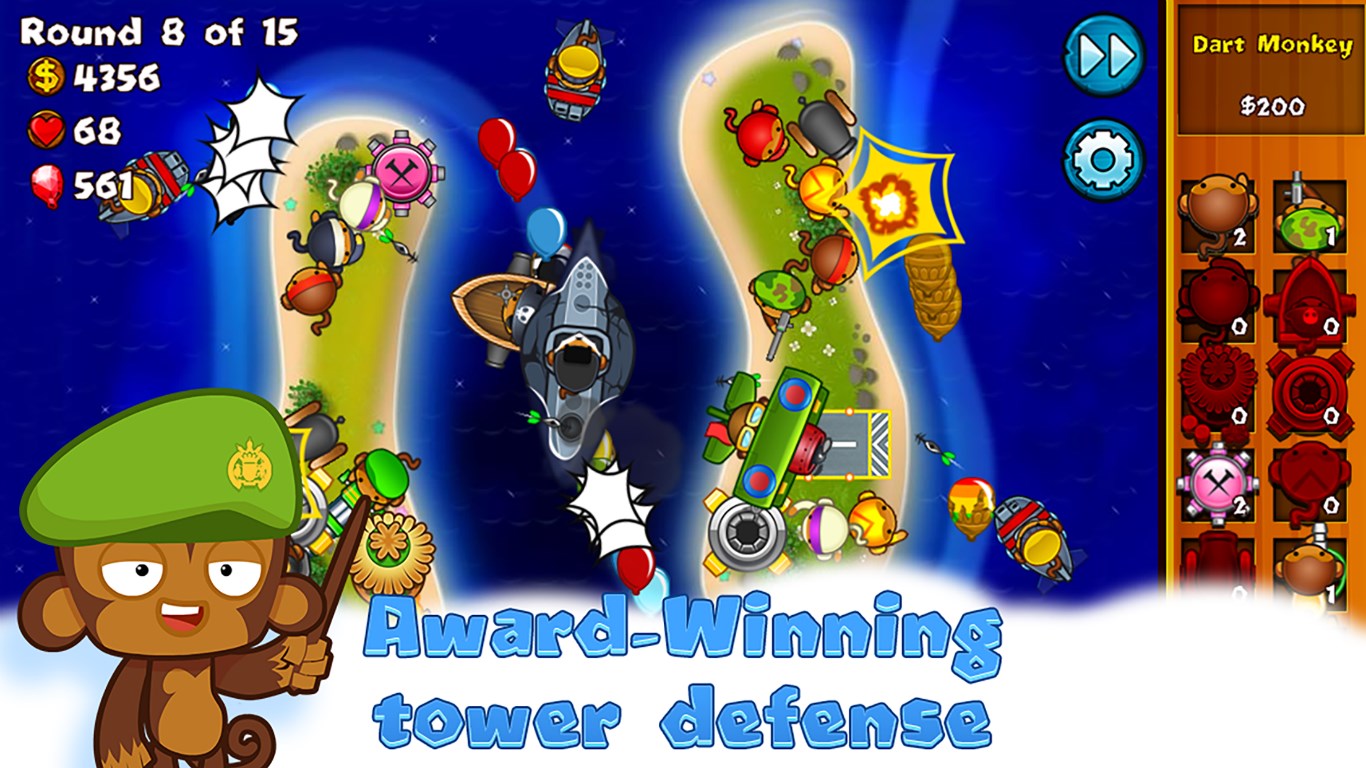 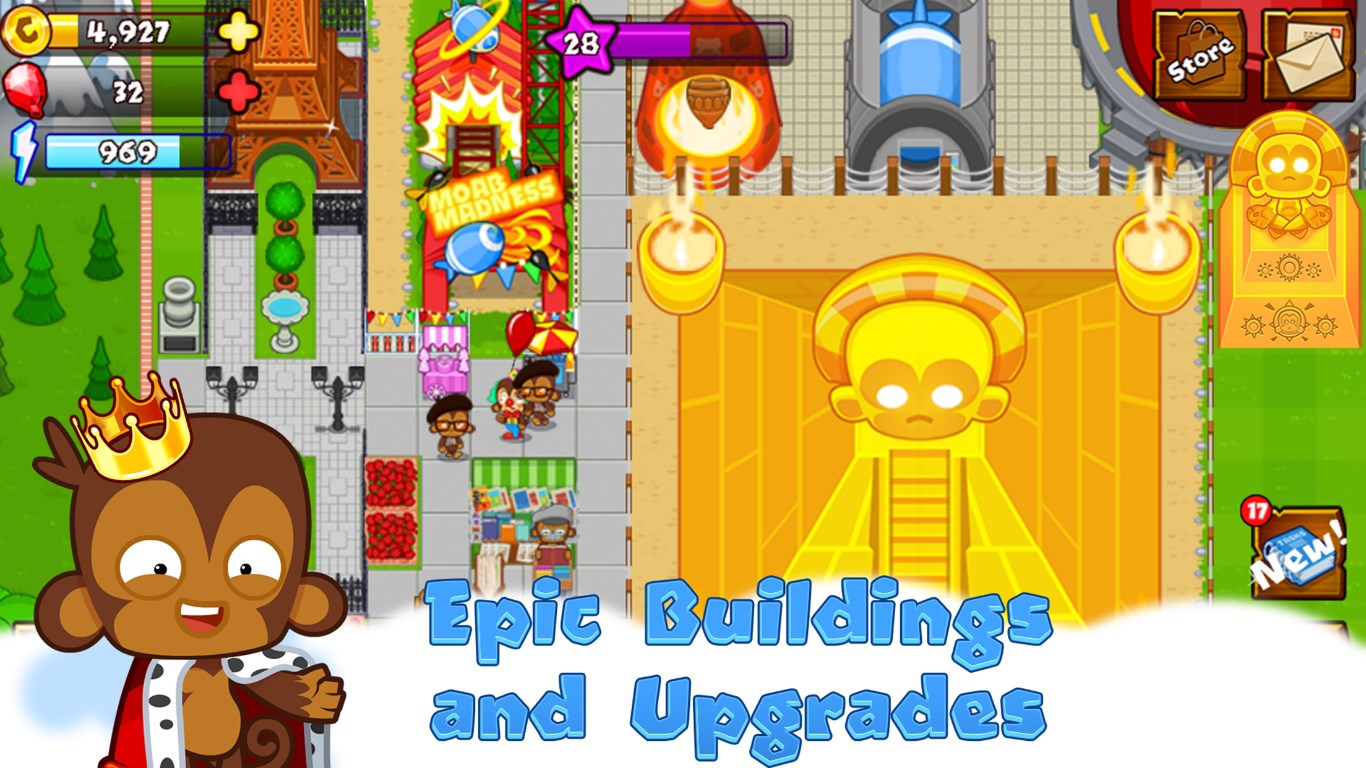 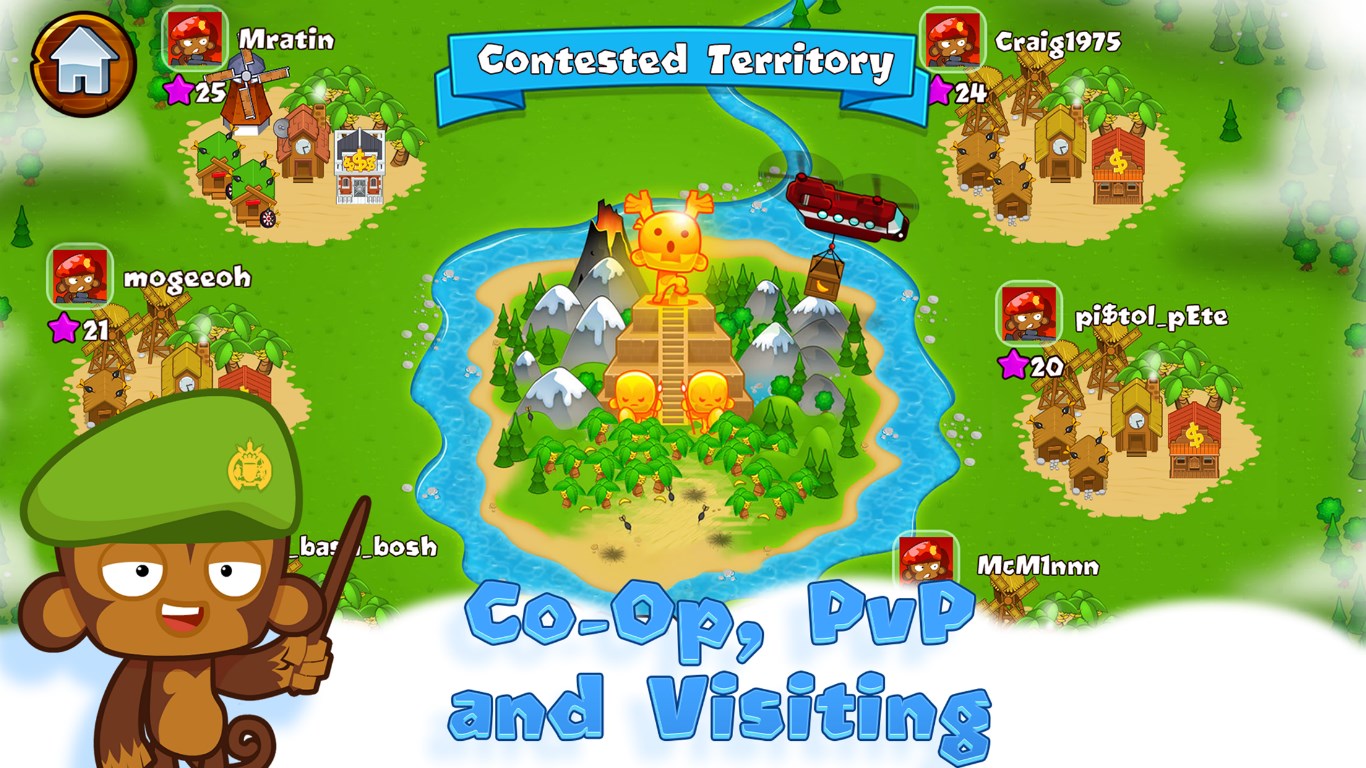 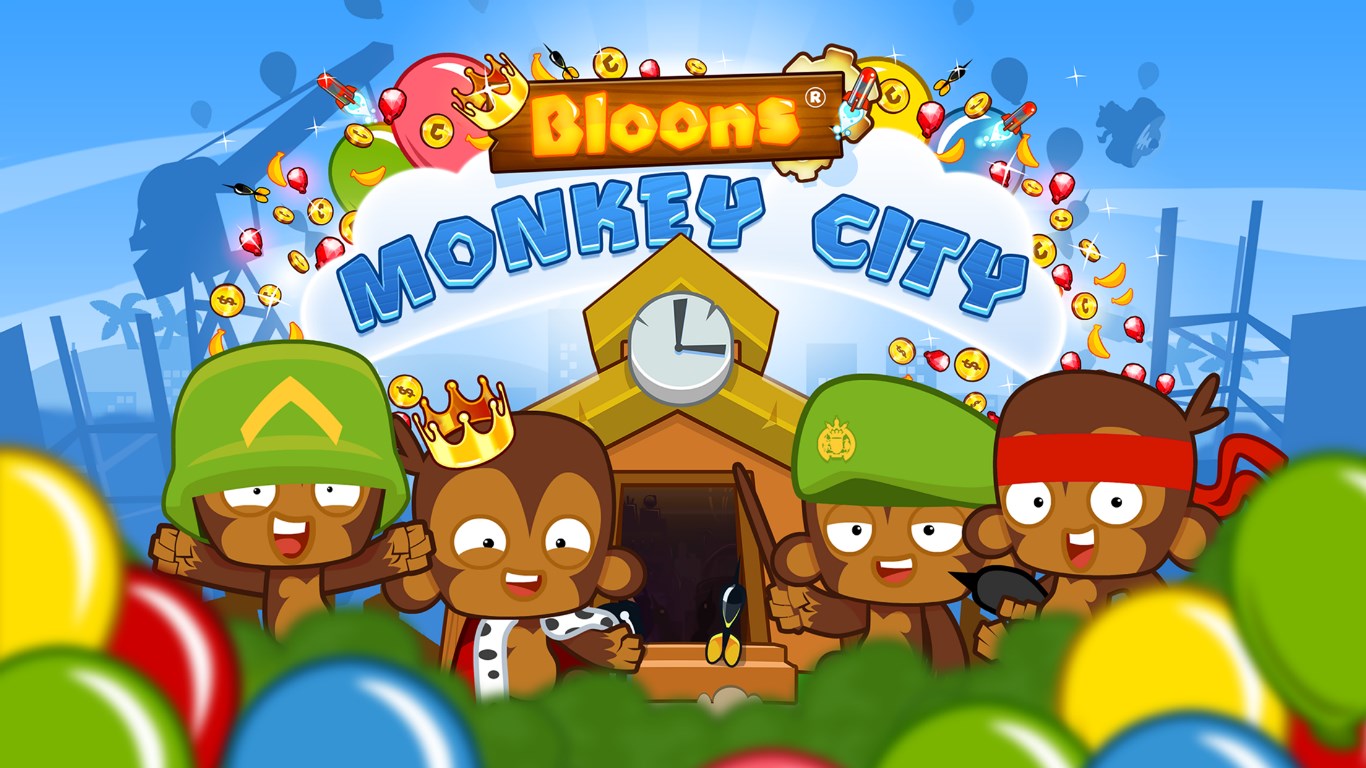 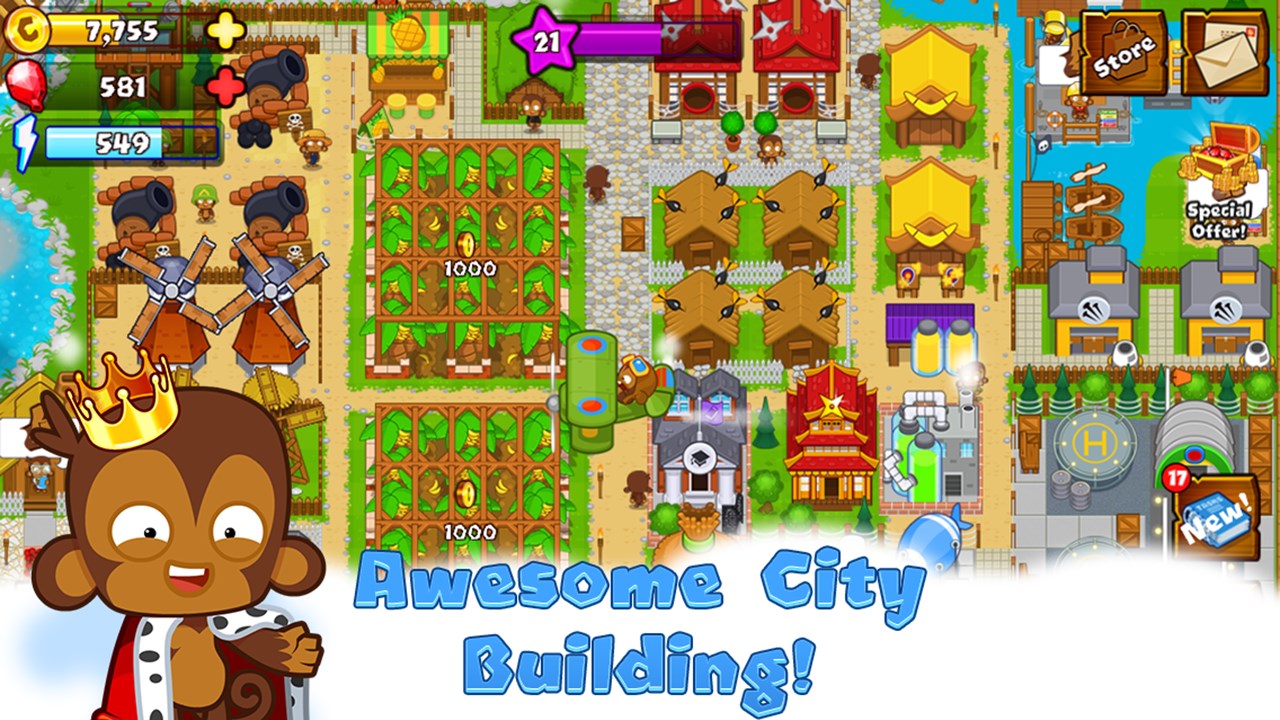 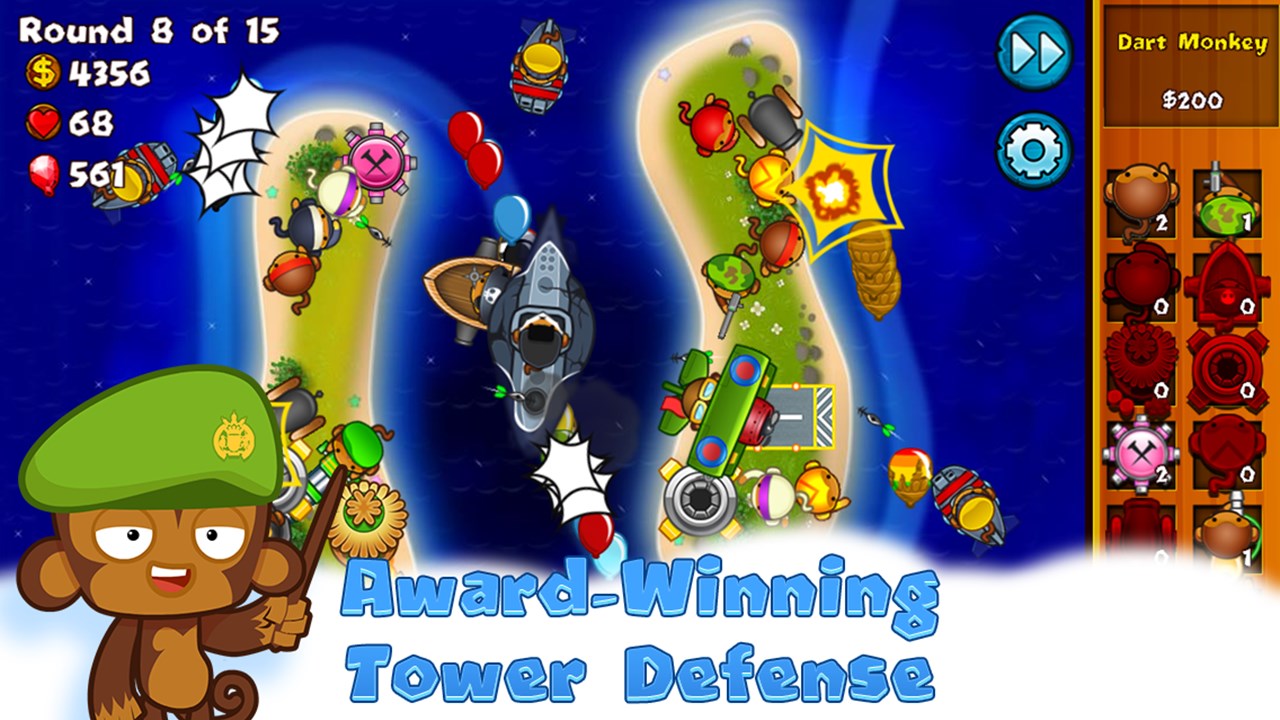 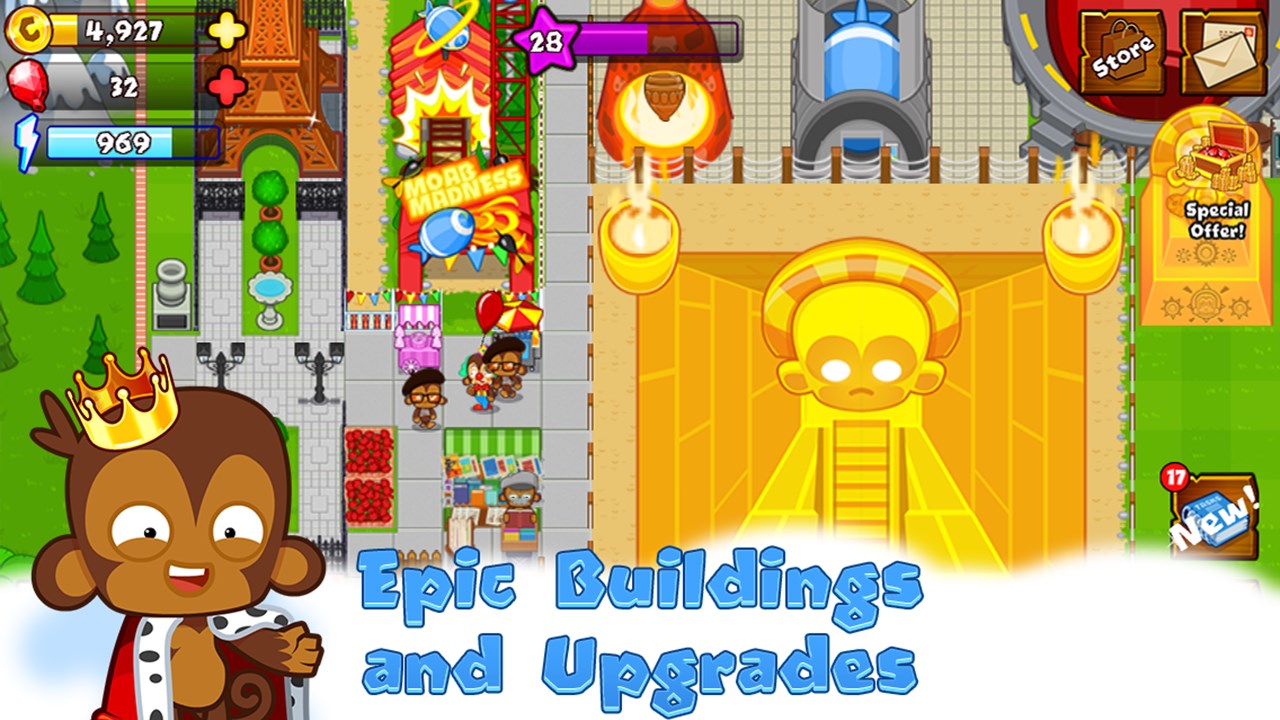 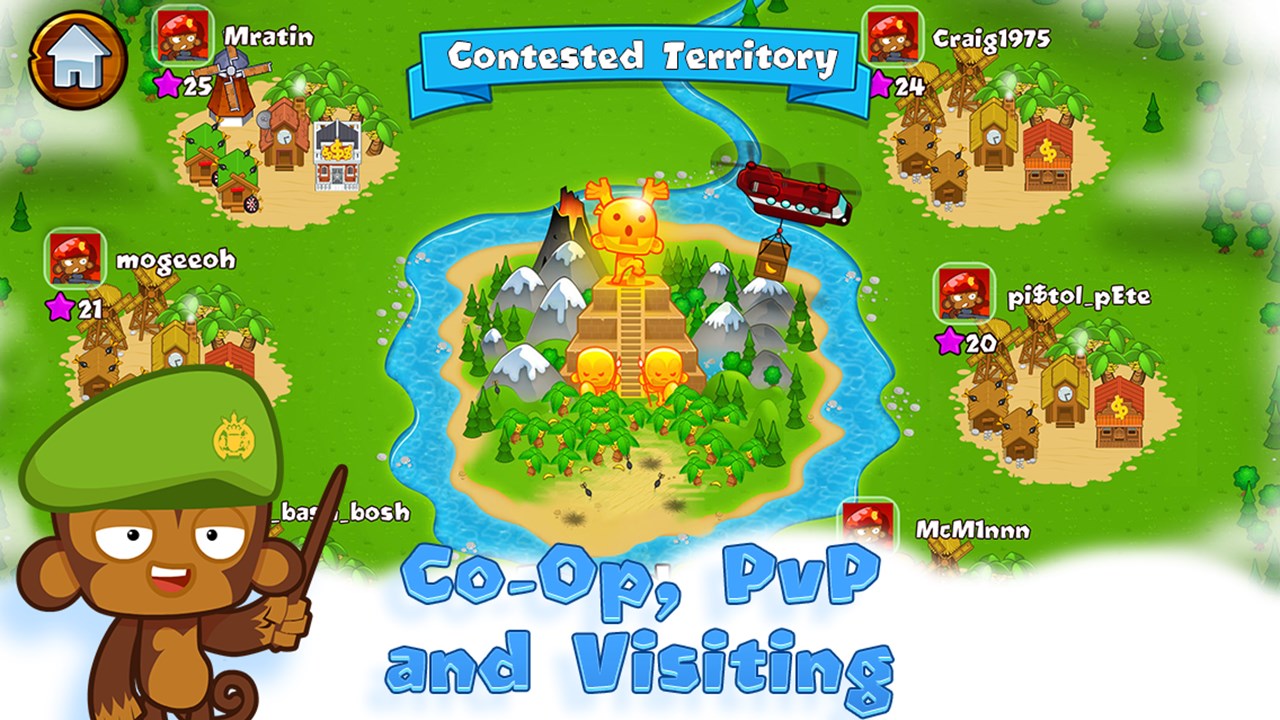 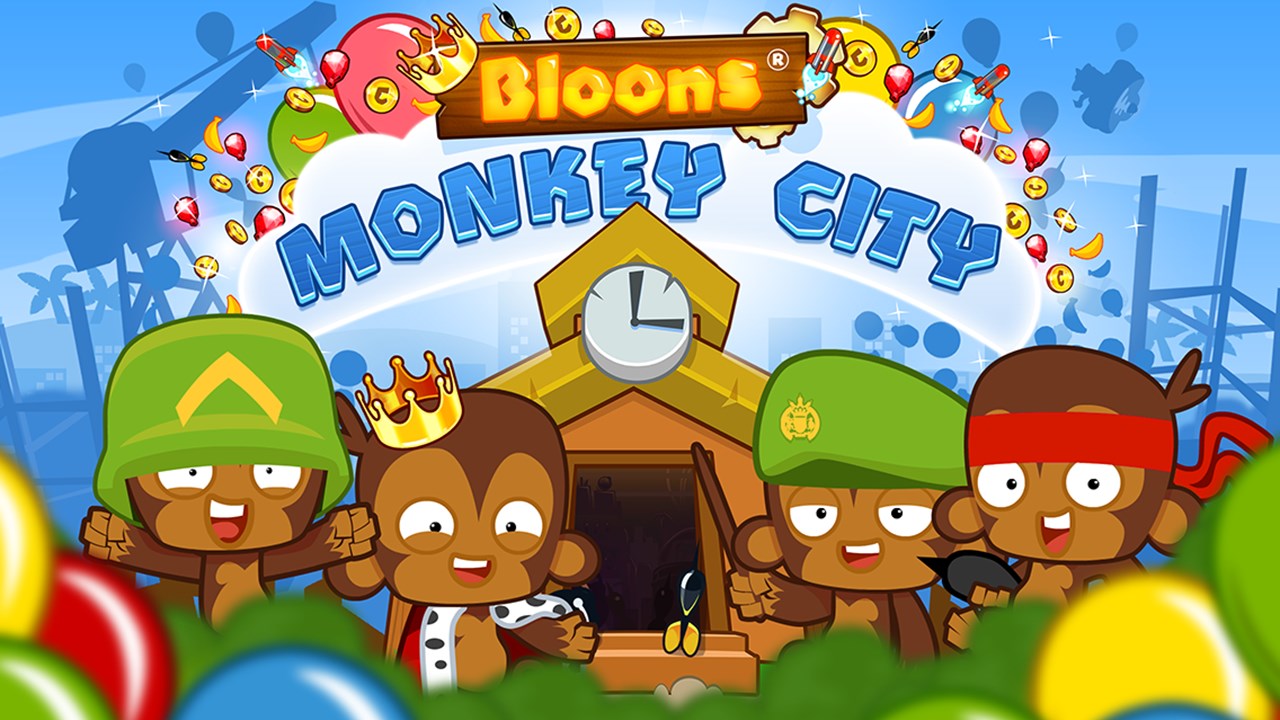 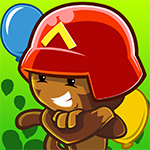 Play the top-rated tower defense franchise in this all new head-to-head strategy game - FREE! Latest update: Battle Arenas! It's monkey vs monkey for the first time ever - go head to head with other players in a bloon-popping battle for victory. From the creators of best-selling Bloons TD 5, this ...
$2.99 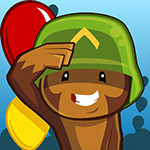 Five-star tower defense with unrivaled depth and replayability. The Bloons are back in full HD glory and this time they mean business! Build awesome towers, choose your favorite upgrades, hire cool new Special Agents, and pop every last invading Bloon in the best ever version of the most popular tower ...
Free 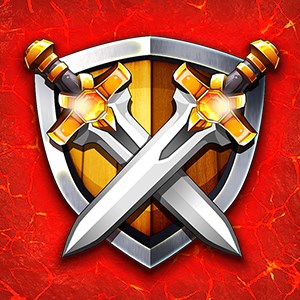 Play with your friends, build your army and lead them in frantic real-time battle against evils of ever increasing power. Pocket Army brings together army-building, RPG elements, hack and slash action quests, and friend competition, resulting in an engaging gameplay experience. **************************************** POCKET ARMY's AWESOME FEATURES: * Play online with millions ...
Free 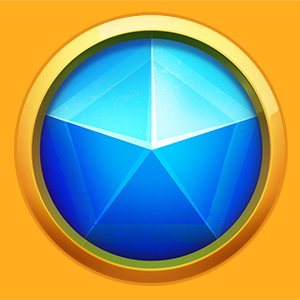 **※Published by SC Mobile※** Can you save Atlantis from falling into the sea? Join millions of players already playing Clash of Atlantis, a truly Epic Strategy Game set in the Ancient Lost City of Atlantis. Construct your Defenses and call upon the Power of the Gods to save your city ...

I really love Ninja Kiwi's mash-up of a classic village builder and their popular Bloon's TD series. I like how you can go into offline mode and still grind for land, and then when you get near a hotspot you automatically switch over. My only gripe is that I haven't yet found a way to open my monkey knowledge packs. They were one of my favorite things about the browser version, and so when I win one from contested territories or an event, I can't open them. I hope Ninja Kiwi fixes this in a later update, but other than that I think they are killing it with this game.

Add all the tower from BDT

Where is the option to sign in with google?

It's really fun, and worth your time, but the problem is that this isn't on Steam, where more people could install and play this.

Great game, I have gotten it on three different devices, RCA (Android), IOS, and this Windows 10. After awhile in each device besides Windows 10 I have deleted the game for my town regenerating but still having xp, bloonstones, etc. (This has happened on both the RCA and Windows) And just kinda wanting another game because I was getting slightly board. What I hope Ninja Kiwi does is make an update fixing that problem with my town regenerating. I was devastated when it happened. I was clearing space for super enhancements but onece I cleared the first square of space the town I once had was gone to a pre-generated beginner town (Though same map). PLEASE, PLEASE, PLEASE, Ninja Kiwi fix this if it is possible. Sincerely, Ashton (rc629)

It is a great game🎮 and I love the monkey towers🐒

I can't count how many times a day it restarts EVERYTHING, thank goodness I put an email on it at least. But jeez! Every. Single. Day. It. Restarts. Other than that, its a unique game and when it doesn't kill my progress, its awesome!!