The Force is strong with this one. Get ready for Angry Birds Star Wars II – the epic follow-up to the #1 smash hit game! Based on the Star Wars movie prequels, use the Force for good against the greedy Pork Federation or choose a much darker path. That’s right; for the first time ever you can “Join the Pork Side” and play as the fearsome Darth Maul, Emperor Palpatine and many other favorites! What's new in this version: Battle through 32 new levels set on Geonosis and Mustafar in a brand new chapter – Revenge of the Pork! Plus, get ready to take the power into your own hands in 16 new Master Your Destiny levels! Angry Birds Star Wars II – Every saga has a Pork Side. Terms of Use: http://www.rovio.com/eula Privacy Policy: http://www.rovio.com/privacy To ensure the best possible quality of Angry Birds Star Wars II, make sure that your phone software is up-to-date! Important Message for Parents This game may include: - Direct links to social networking websites that are intended for an audience over the age of 13. - Direct links to the internet that can take players away from the game with the potential to browse any web page. - Advertising of Rovio products and also products from select partners. - The option to make in-app purchases. The bill payer should always be consulted beforehand. - This application may require internet connectivity and subsequent data transfer charges may apply. After the initial download, additional content will be downloaded and this may include data charges. *Availability varies by country. Angry Birds Star Wars Telepods sold separately and are compatible with select mobile devices. See the full list of supported devices from Hasbro: http://www.hasbro.com/starwars/en_US/angry-birds-telepods.cfm 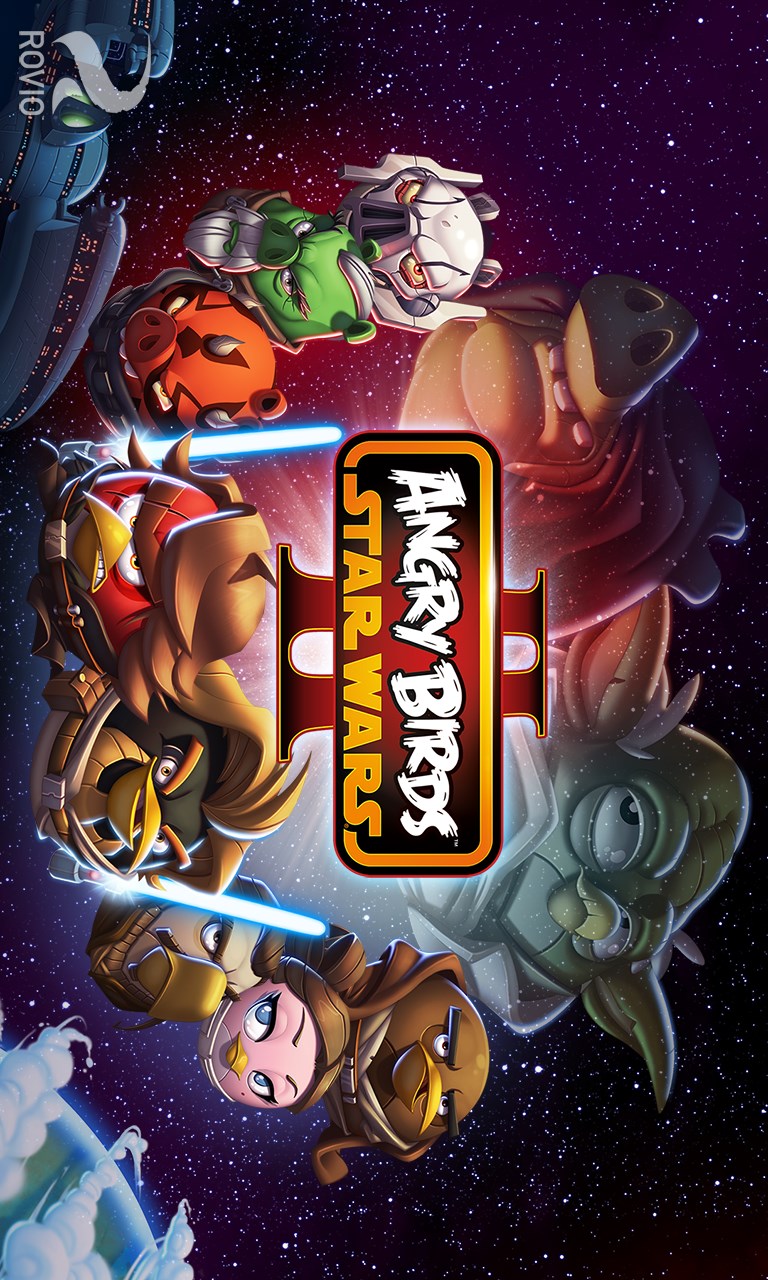 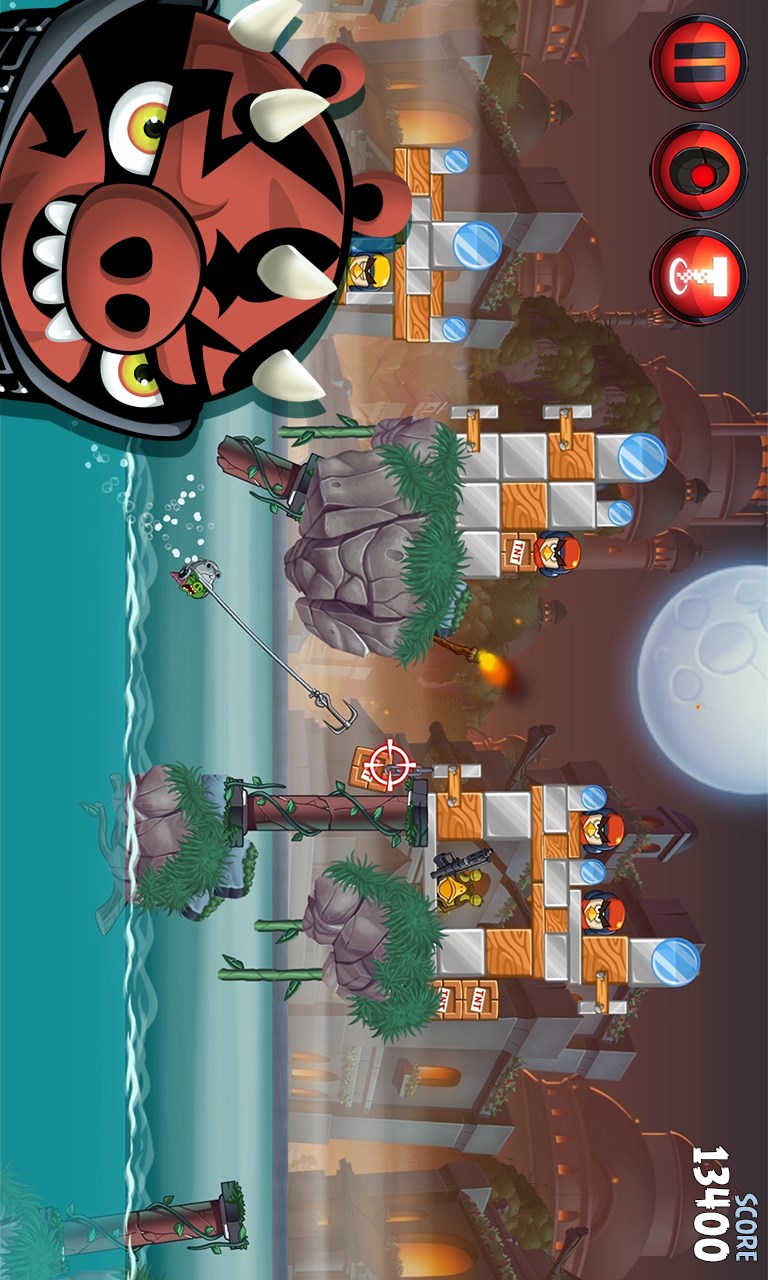 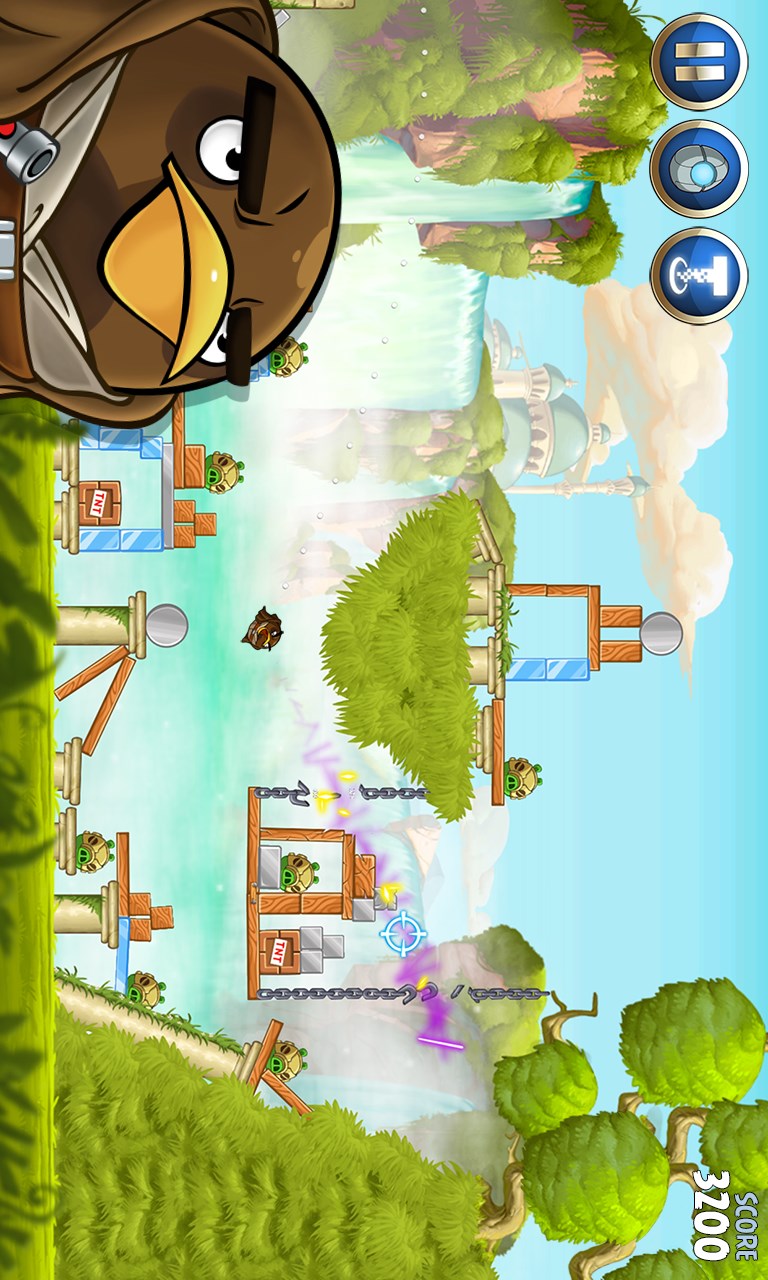 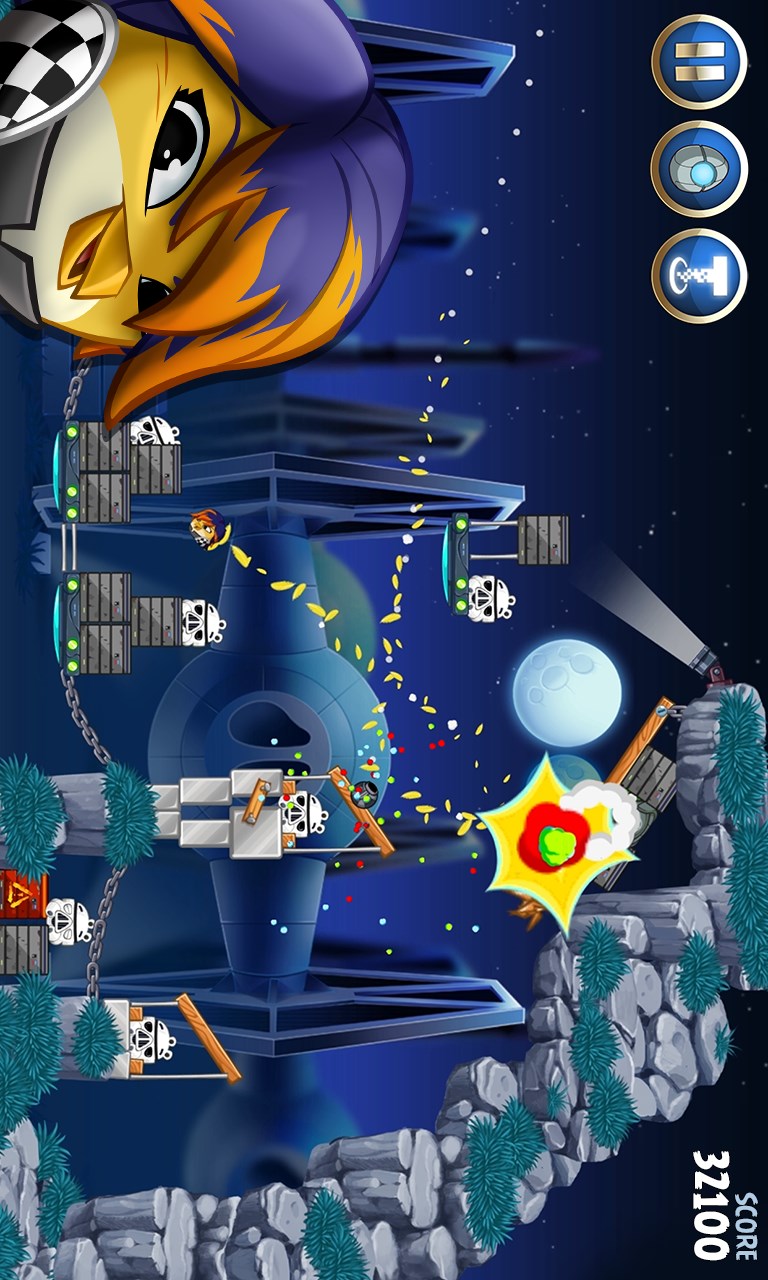 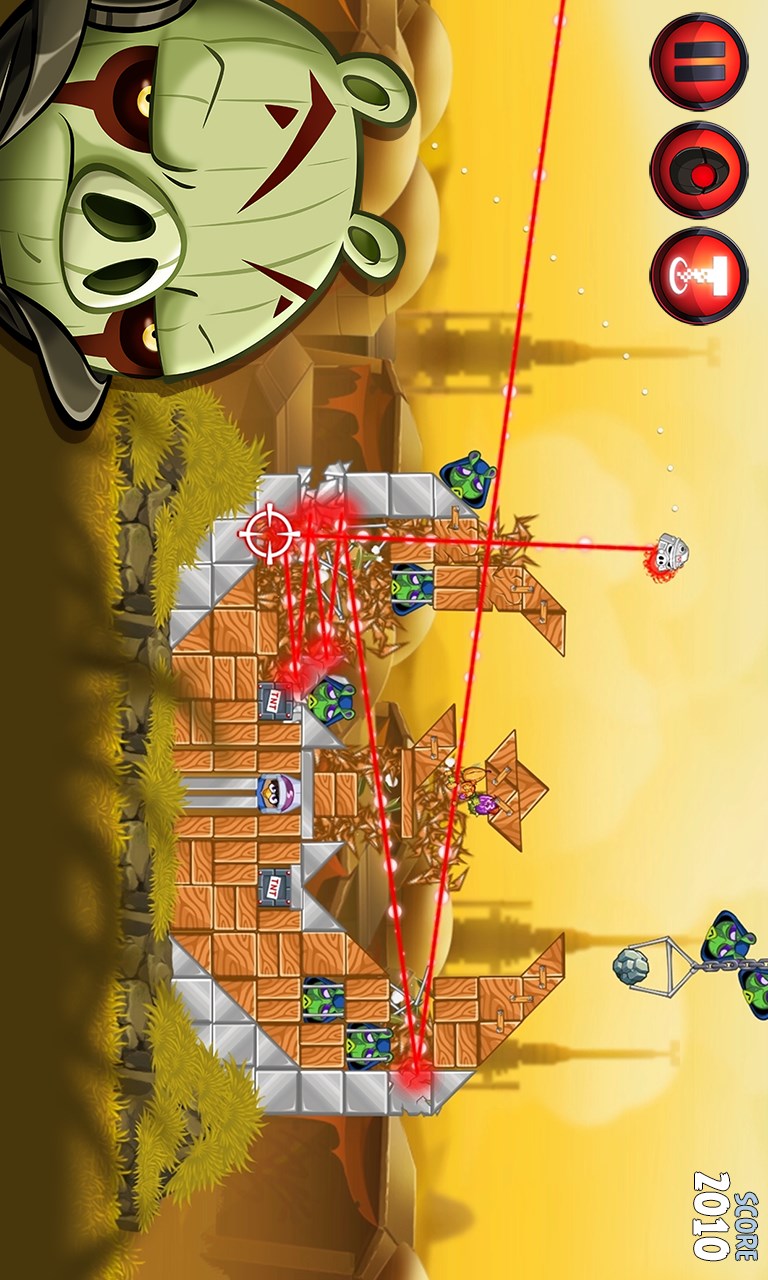 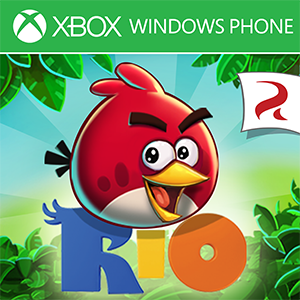 FREE FULL GAME – DOWNLOAD NOW! What happens when everyone's favorite fierce fowl get caged and shipped to Rio? They get very angry! OFF TO RIO! The original Angry Birds have been kidnapped and taken to the magical city of Rio de Janeiro! They’ve managed to escape, but now ...
Free 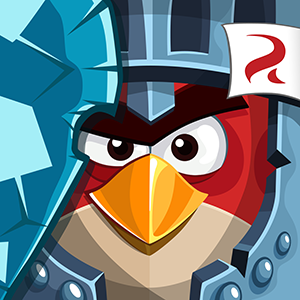 Get ready for a bird-tastic FREE RPG adventure filled with “weapons” (whatever they could get ahold of), magic, bad guys and silly hats! Lead your feathery team into battle now – it’s going to be EPIC! EPIC BATTLES! Turn-based battles between our heroic flock of warriors and those green snout-nosed ...
Free 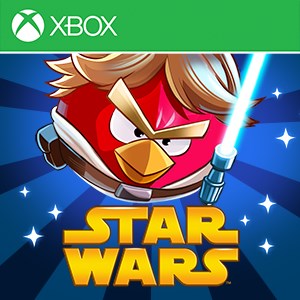 JOIN THE ANGRY BIRDS IN THEIR BIGGEST ADVENTURE YET! A long time ago in a galaxy far, far away... a group of desperate rebel birds faced off against a galactic menace: the Empire’s evil Pigtroopers! Join an epic adventure with the Angry Birds in the legendary Star Wars universe ...
Free 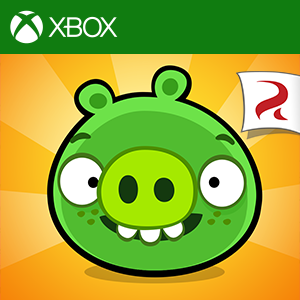 From the creators of Angry Birds: a game from the PIGS’ point of view! OiNk! Build makeshift contraptions from a huge collection of parts and make it to the goal without blowing your vehicle to pieces! IGN's "Best Mobile Game of 2012" Winner! "Extremely fun and very challenging" -- Kotaku ...

Menu element covers 2/3 of screen and can't be cleared. Unable to play

I loved this game, and the first one, so what downloaded them both to my Microsoft Lumia 640 LTE. It's been a few weeks since I've played this game or the other angry birds star wars, and when I did decide I wanted play it again the other day, I got a notification asking me to pay for the "Full Version", and unable to play it when I tried to "x" out. Needless to say I uninstalled this app and the other one as well. Microsoft is really dropping the ball. They've also dropped both eBay and Amazon apps as well and now you have to go directly to the websites now. Microsoft Windows phones are incompatible with the Square card reader app and device. They don't seem care about their phone customers or getting more of them. I downloaded Windows 10 mobile to my phone and I love it, unfortunately my loyalty to Microsoft is fading away because of their lack of support for such fantastic operating system and pushing me back to android (yelch!)